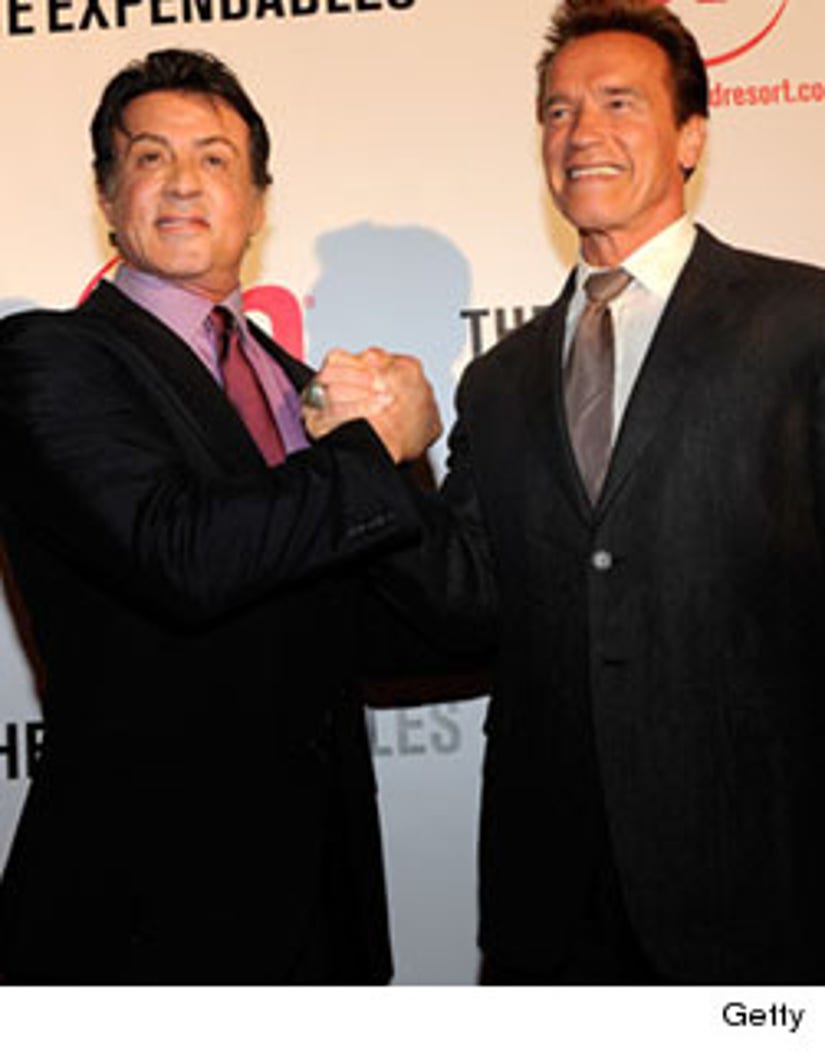 LOS ANGELES (AP) It's an action superstar reunion: Arnold Schwarzenegger is joining Sylvester Stallone for the thriller "The Tomb."

The filmmakers said Wednesday that Schwarzenegger has signed on to star alongside Stallone in the prison-break adventure.

Schwarzenegger previously had a cameo in Stallone's action hit "The Expendables" and also appears in its upcoming sequel.

"The Tomb" will feature Schwarzenegger as an inmate opposite Stallone, who plays the designer of a master prison forced to escape from his own jailhouse. Directed by Mikael Hafstrom, "The Tomb" begins shooting in Louisiana this spring.

Schwarzenegger is just finishing work on "The Last Stand," his first starring role since returning to acting after serving as California's governor.