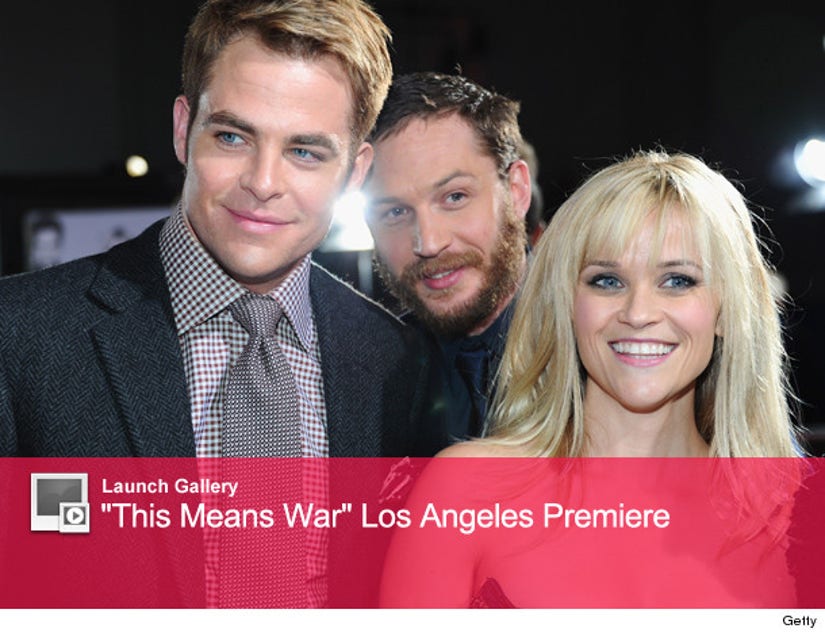 Reese Witherspoon makes her first foray into action movie territory this weekend with "This Means War" -- but that doesn't mean she's staying there.

"I just try to mix it up, I try to keep it fresh," Reese told reporters on the red carpet at last night's "War" premiere. "I love making movies like this because they're just joyful, you know? It's fun to go to the movies and have a good time."

The new movie revolves around two secret agents, played by the hunky Chris Pine and Tom Hardy, fighting for Reese's love and attention.

The 35-year-old just signed on to the West Memphis Three movie "Devil's Knot," where she'll play Pam Hobbs, mother to one of the slain boys.

The switch from fun to serious, more gritty roles is something that excites Reese. "It's good for me to kind of go back to the acting well and just dig deep and create a character," she says.

With her resume bouncing all over the place, we had to ask: Will we ever see Elle Woods, her character from the "Legally Blonde" movies, on film again?

"I don't know what will happen," Witherspoon tells toofab. "I hope so!" We do too.

"This Means War" opens on Valentine's Day for a special engagement, before opening wide on the 17th. Check out some red carpet video below.