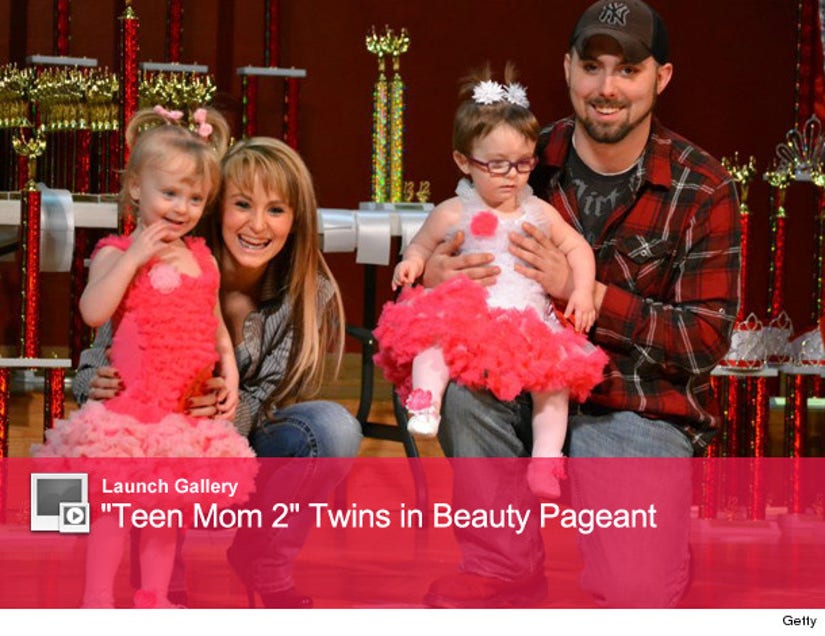 Is Leah Messer going from "Teen Mom 2" to "Toddlers & Tiaras"?

The MTV reality star, her ex-husband Corey Simms brought their adorable twins Aleeah and Aliannah to South Charleston this weekend to compete in their first beauty pageant!

According to Corey's father, Jeff Simms, Aleeah won a trophy for prettiest eyes and Ali grabbed prettiest smile for their age group.

He adds "Aliannah was a little bit shy when she appeared on stage during the pageant. She seemed 2 wonder why everyone was staring at her."

At the end of the day, Jeff a proud grandfather -- tweeting "I was very proud of my beautiful granddaughters today at their pageant. They are such a blessing to me & I love them so much!"

The two girls will be hitting the stage again later this month for the Children's Miracle Network Pageant at LaBelle Theater in South Charleston.