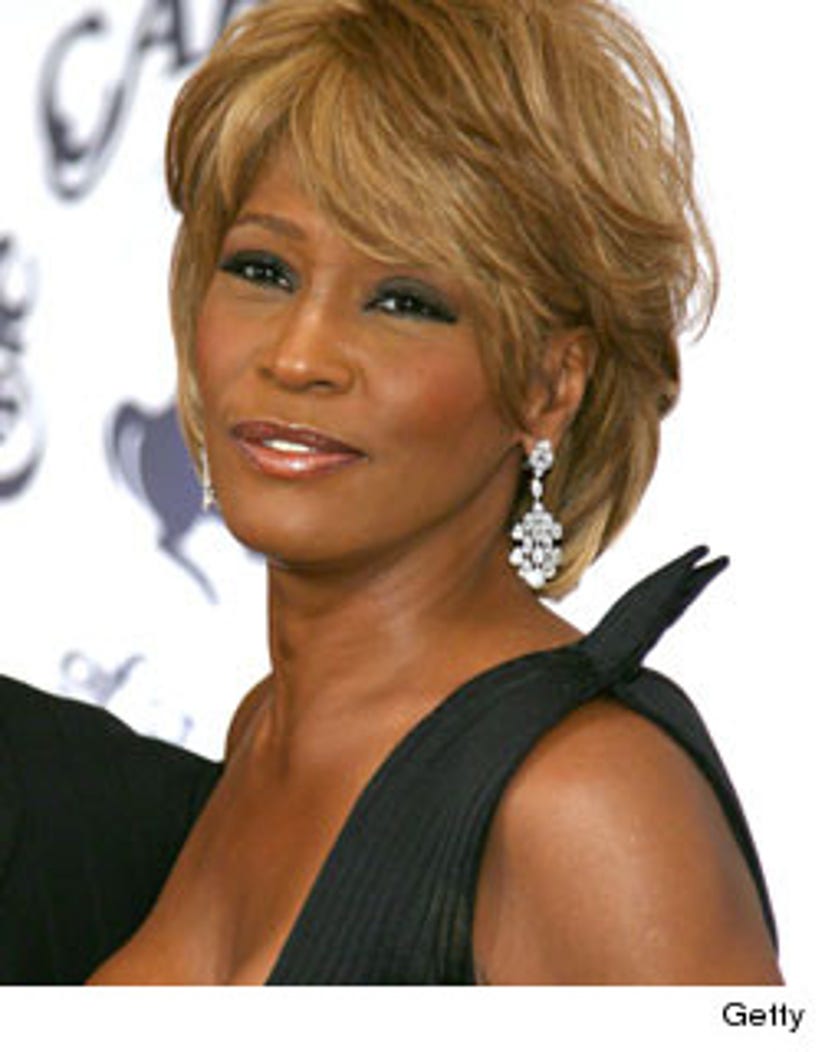 UPDATE: NEW YORK (AP) -- Fans worldwide who want to bid Whitney Houston farewell will be able to watch her private funeral on the World Wide Web.

Her publicist, Kristen Foster, announced that The Associated Press will be the pool camera for the Saturday ceremony in Newark, N.J., and the AP will stream the service on livestream.com/aplive.

Houston died in Beverly Hills, Calif., on Saturday at the age of 48. Her body was flown back to her native New Jersey on Monday.

Some fans were disappointed when they learned that the funeral was private and no public memorial was planned.

NEWARK, N.J. (AP) -- Whitney Houston's funeral will be held Saturday in the church where she first showcased her singing talents as a child, her family choosing to remember her in a private service rather than in a large event at an arena.

The owner of the Whigham Funeral Home said Tuesday that the funeral will be held at noon at Newark's New Hope Baptist Church, which seats up to 1,500. Gospel singer Marvin Winans, a Grammy Award winner and longtime family friend, has been chosen to give the eulogy, his son said.

The family said no public memorial service is planned at this time. Officials had discussed the possibility of holding a memorial at the Prudential Center, a major sports and entertainment venue that can seat about 18,000 people, but the funeral home said it had been ruled out.

Funeral home owner Carolyn Whigham said the church service will be by invitation only, reflecting the family's decision to keep the memorial more personal.

"They have shared her for 30-some years with the city, with the state, with the world. This is their time now for their farewell,'' she said.

"The family thanks all the fans, the friends and the media, but this time is their private time,'' she said.

Houston, 48, died Feb. 11 at a hotel in Beverly Hills, Calif., just hours before she was set to perform at producer Clive Davis' pre-Grammy Awards bash. Officials say she was underwater and apparently unconscious when she was pulled from a bathtub.

After an autopsy Sunday, authorities said there were no indications of foul play and no obvious signs of trauma on Houston. It could be weeks, however, before the coroner's office completes toxicology tests to establish the cause of death.

Houston was born in Newark and was raised in nearby East Orange. She began singing as a child at New Hope Baptist Church, where her mother, Grammy-winning gospel singer Cissy Houston, led the music program for many years. Her cousin singer Dionne Warwick also sang in its choir.

Houston's family asked Tuesday that any donations in her memory be sent to the arts-focused public school that she attended as a child and that was named after her in the late 1990s.

In lieu of flowers, they said mourners should donate to the Whitney Houston Academy of Creative and Performing Arts in East Orange, a school serving students in kindergarten through eighth grade.

Houston attended the school as a girl when it was named the Franklin School and was a regular visitor for many years afterward. On Monday, students held an outdoor service in her memory.

An impromptu memorial for Houston was held Sunday during a sadness-tinged Grammys, with Jennifer Hudson saluting her memory with a performance of "I Will Always Love You.'' Viewership for the awards show soared over last year by 50 percent, with about 40 million viewers tuning in to the program on CBS.

On Tuesday, a steady stream of well-wishers continued to stop at the New Hope Baptist Church, where the front fence was adorned with dozens of flowers, balloons and oversized cards, some with hundreds of signatures and condolences written on them.

Several people expressed disappointment that a public memorial had not been scheduled. But they also said they understood why the funeral was being kept private.

"Maybe at some point down the road, they might do something,'' said B.J. Frazier, of East Orange, who said she had performed as a singer with one of Houston's aunts. "But it's like they're saying today, they shared her for a long time and they just want her to themselves for now.''

"Her accomplishments were a great source of pride for the people of the state,'' he said.

Houston, a sensation from her first album, was one of the world's best-selling artists from the mid-1980s to the late 1990s, turning out such hits as "I Wanna Dance With Somebody,'' "How Will I Know,'' "The Greatest Love of All'' and "I Will Always Love You.'' But as she struggled with drugs, her majestic voice became raspy, and she couldn't hit the high notes.

Houston left behind one child, daughter Bobbi Kristina Brown, 18, from her marriage to singer Bobby Brown.

Winans, in his role as a pastor, married Houston and Brown. The Winans and Houston families have been friends for years, and Houston performed with Winans' sisters CeCe and BeBe, members of one of gospel music's first families.

Winans' office at Perfecting Faith Church in Detroit and his son, Marvin Jr., confirmed to The Associated Press on Tuesday he will eulogize Houston.

Houston was especially close to CeCe and BeBe Winans and performed with both. She and CeCe sang "Count on Me,'' for the movie "Waiting to Exhale,'' in which Houston starred.