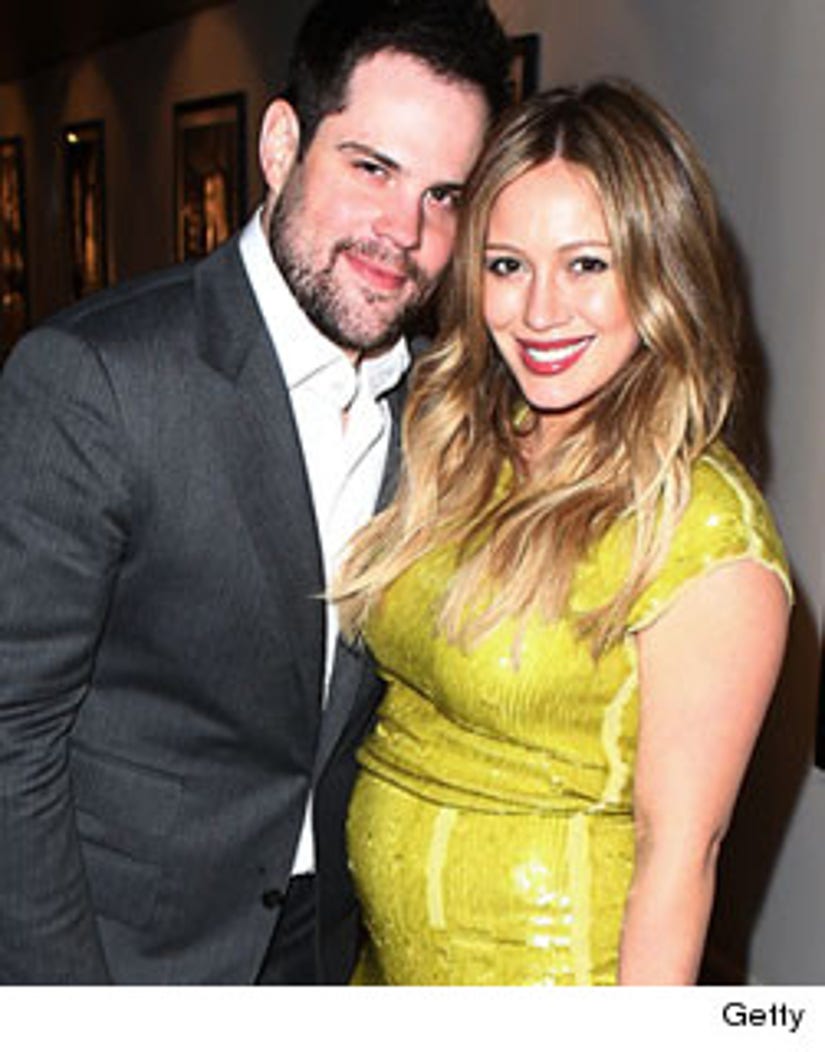 Hilary Duff won't have to worry about her hockey player hubby hitting the road and leaving her home with their new baby ... he's retired from the sport!

NHL center Mike Comrie has officially announced his retirement, as he and his 24-year-old bride are expecting the arrival of their first baby -- a boy! -- any day now. Hilary tweeted her thoughts on the news earlier in the week, saying "As many of u know mike has announced his retirement. Its a bittersweet day! He had a wonderful career!but 3 hip surgeries in 5 years is alot!"

She followed up the next day with "2day we are enjoying all the great memories mike had while playing in the NHL! now we have a big addition coming to our family! #comrie"

Still trying to figure out what to get the couple as they prepare for the arrival of their little boy? We have you covered ... check out Hilary's baby registry with the high-end boutique Bel Bambini!

The baby shower may have been two weeks ago, but there are still a few items up for grabs -- and they're all actually reasonably priced ... a stroller travel bag for $159.95, 3 packs of washcloths for $20, a $23 baby mirror and more. Way to keep it real, guys.

What do you think Hilary and Mike should name their baby boy? Leave your name suggestions in the comments below!