After the recent judge shake-up over at "The X Factor," Christina Aguilera, Cee-Lo Green, Adam Levine and Blake Shelton must be feeling pretty relieved today -- reports say that all of "The Voice" judges will return next season! 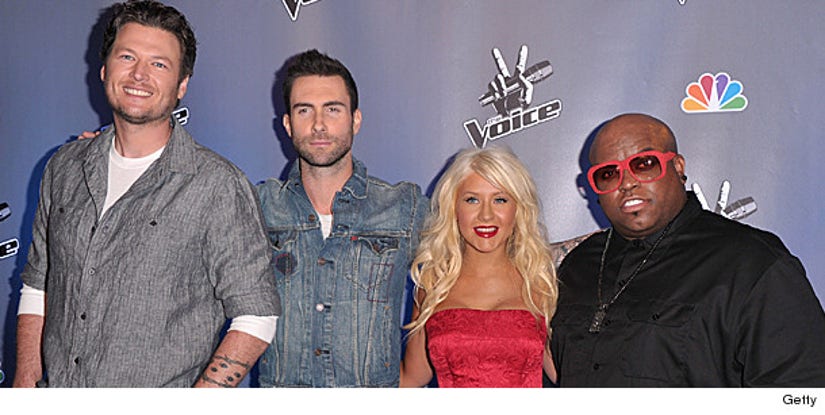 Even though season 2 of the hit show just began, TheWrap is reporting that the four judges of the NBC talent competition series will return in the fall for the third season. Wanna guess how much they'll be making?

Reportedly, Christina is getting the biggest payday with a whopping $10 million salary for the season. The guys can't really complain though -- each will allegedly taking home $6 million of their own. Guess it pays to sit in a spinning chair!

Representatives for NBC and the hosts have yet to confirm the news.

Do you think "The Voice" judges are worth these huge paychecks? Let us know in the comments below!