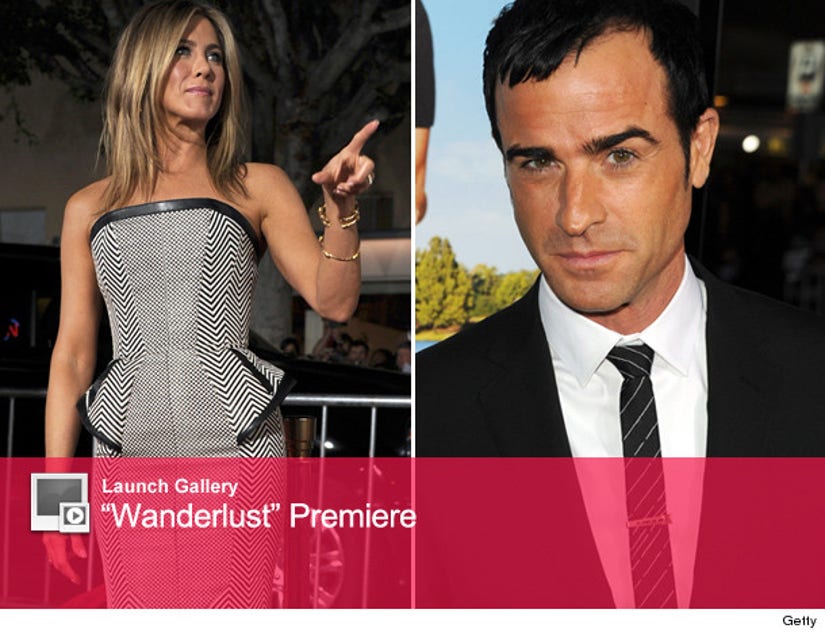 Jennifer Aniston and boyfriend Justin Theroux may have met on the set of "Wanderlust" -- but they weren't flaunting it at the movie's premiere last night.

While both of them hit the red carpet, they didn't do it side-by-side ... not posing for any photos together AT ALL, even a cast group shot.

It was definitely an odd move ... but we're guessing they're just trying to keep the focus on the film and not their relationship.

According to Celebuzz, the two appeared more couple-y inside the theater -- where "Justin had his arm around Jen as the lights dimmed and the movie started."