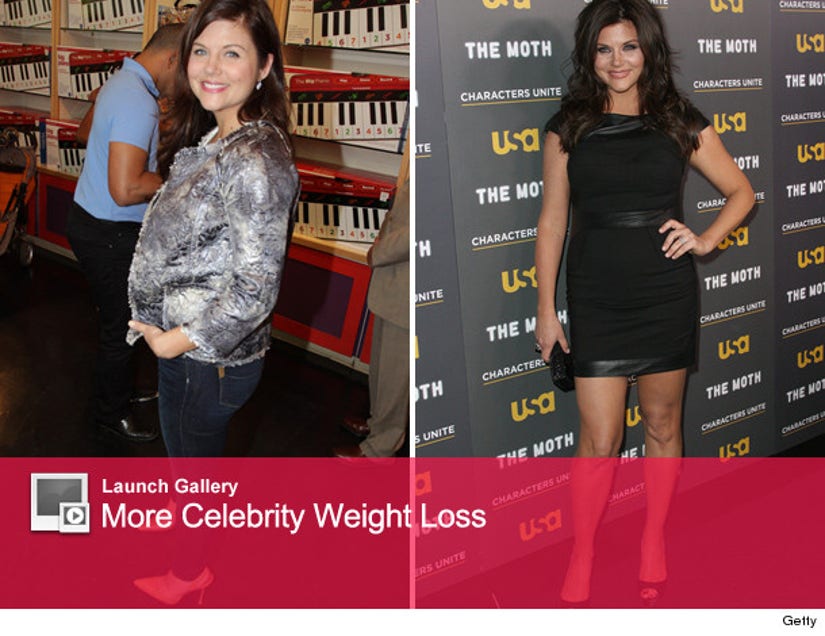 "White Collar" and "Saved by the Bell" star Tiffani Thiessen has lost some serious weight since giving birth to daughter Harper!

Unlike some crazy supermodel moms, Thiessen still looked like someone who recently had a baby three months after giving birth (left) -- but since then, she's dropped 45 pounds (right)!

Thiessen tells Self Magazine she did it with the help of celebrity trainer Kathy Kaehler ... whose clientele also includes Julia Roberts.

Tiffani's big secret: Prepping healthy dinners for the week ahead of time.

"Cooking this way simplified my life, and I have more energy," says the 38-year-old -- who shops for groceries and does all her prep work for the week on Sunday nights.

For more info on Tiff's weight loss technique (plus some tasty recipes!) check out Self's website.