While cameras have followed contestants like Shannon Magrane and Heejun Han from their initial auditions, Thursday marked the first time audiences saw Hollie Cavanagh and heard her impressive pop voice.

Hollie auditioned last season and just missed making the Top 24. This season, she's had the least camera-time of any of the semifinalists -- none of her musical performances from the previous audition rounds have been shown, which is pretty unusual.

What makes Hollie's lack of screen-time even more unusual is that the judges agreed she could win the whole thing last season if she came back this year. Watch this clip from last year's show (jump to 2:43):

While there's been no explanation for Hollie's lack of camera time (calls to "Idol" were not returned), she will probably still fare well. Remember, Season 7 winner Kris Allen flew under the radar until the live shows.

Also noteworthy, Hollie is one of eight semifinalists (or one-third of the Top 24) who auditioned previously. While "Idol" has made storylines over Colton Dixon and DeAndre Brackensick trying out again, Hollie, Baylie Brown, Brielle Von Hugel, Jen Hirsch, and Aaron Marcellus Sanders are also returning contestants. "Idol" rules permit contestants who did not make the live shows to try out again, but this year's Top 24 seems to have an unusually high number.

In a twist, one of David Leathers Jr., Johnny Keyser, Jermaine Jones and Richie Law will get a reprieve and make the Top 24 a Top 25.

Click on the "Launch Gallery" button below to see the rest of the "American Idol" Top 24: 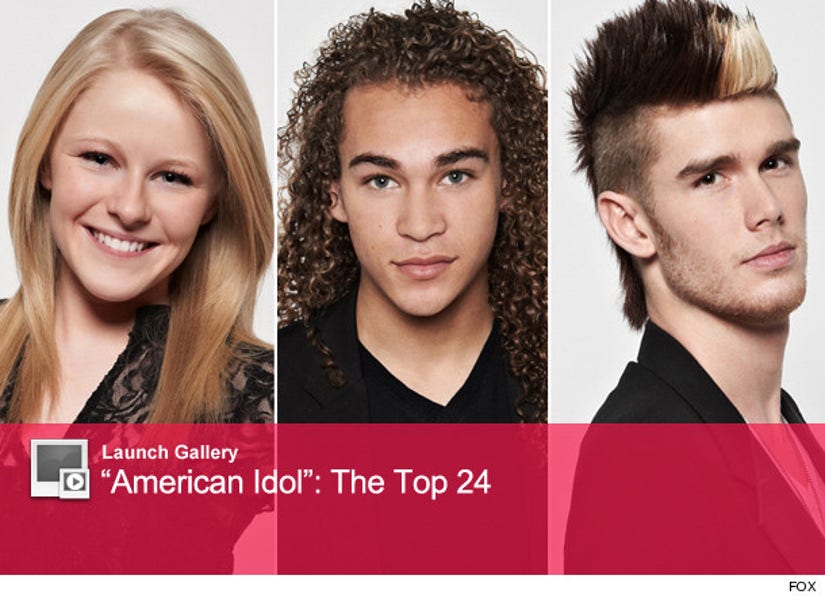