Jennifer Aniston has had a pretty good week.

The 43-year-old was honored with a Star on the Hollywood Walk of Fame on Wednesday, and her newest film "Wanderlust" is now in theaters. We're sure this one has extra special meaning for the actress ... she got to share the screen with boyfriend Justin Theroux!

The happy pair only started dating last May, despite meeting briefly back in 2007 and working together on "Wanderlust" for a couple months in 2010. They've made the rounds recently, attending events together and talking about each other during various interviews, including their appearances on "Ellen."

Jen and Justin aren't the only celebs who've gotten close on set. Will Smith and Jada Pinkett, Robert Pattinson and Kristen Stewart, and Sarah Michelle Gellar and Freddie Prinze Jr are just a few of the couples caught canoodling when the cameras stopped rolling.

Click "Launch Gallery" below for more photos of kissing costars! 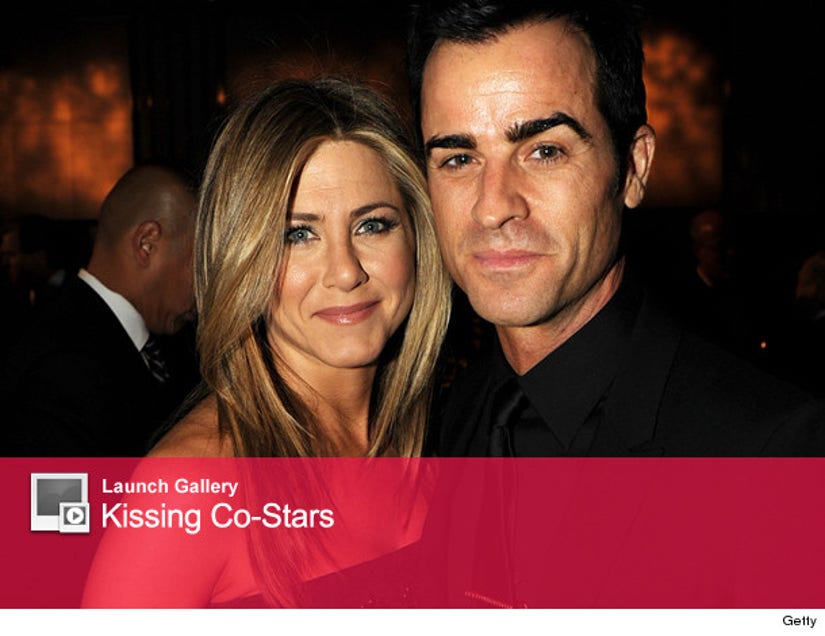