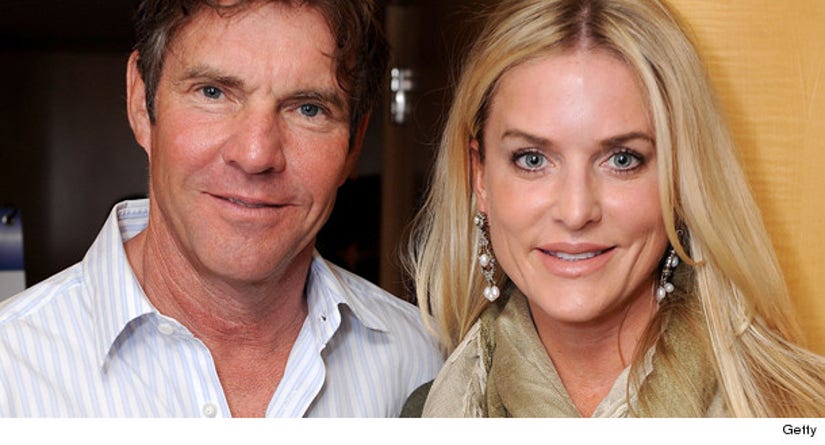 Dennis Quaid's wife, Kimberly Buffington-Quaid, has filed for divorce ... according to TMZ.

The divorce papers state "The marriage has become insupportable because of discord or conflict of personalities ... that destroys the legitimate ends of the marriage relationship and prevents any reasonable expectation of reconciliation."

Kimberly is asking that all of their community assets be fairly divided. Dennis says he wants her to get nothing.

The two, who married in 2004, have twins together. The babies made headlines of their own in 2007 -- after they almost died when staff at Cedars-Sinai Medical Center gave them an almost lethal dose of Heparin.

This will be Quaid's third divorce. He was previously married to actresses P.J. Soles and Meg Ryan.

Back in October, the Quaids put their Montana ranch on the market for $14 million -- check it out here.