If you watched the "TODAY" show this morning, or happened to notice the trending topics on Twitter, you caught a glimpse of the latest teen phenomenon to hit US soil -- meet the UK boy band One Direction!

Former contestants of the British "X Factor," Zayn Malik, Harry Stiles, Niall Horan, Liam Payne and Louis Tomlinson make up the singing sensation that took Rockefeller Plaza by storm on Monday morning. Don't know much about the guys? Keep on reading for 5 interesting facts that you need to know about One Direction. 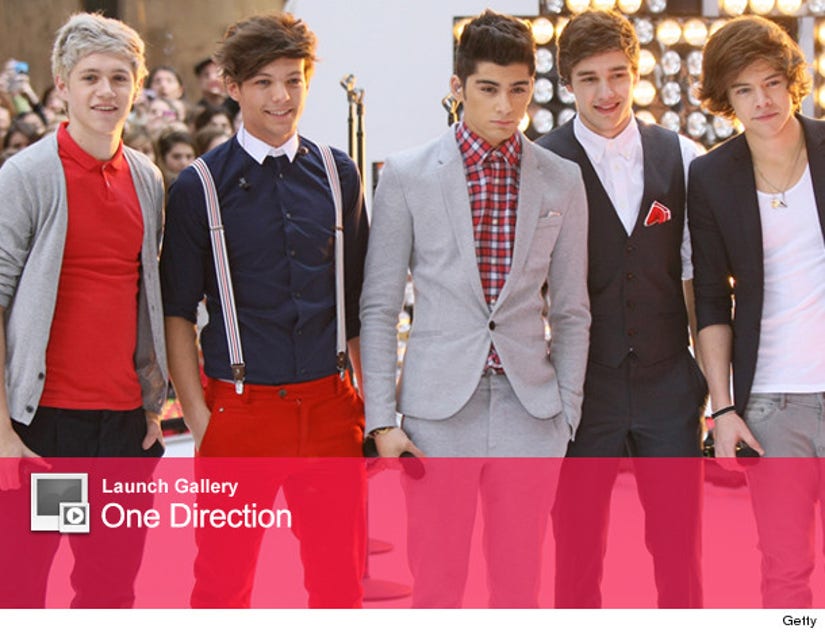 1. They actually became a group on "X Factor." - Each of the guys auditioned individually for the British version of the hit series in 2010, but joined forces as a group per a Simon Cowell recommendation. They only took third in the competition, but signed a deal with Columbia Records and are now taking the world by storm.

2. Their album drops tomorrow. - The band's debut album "Up All Night" will be released in the States on Tuesday. Their lead single "What Makes You Beautiful" has already topped the English charts and won the Best British Single Award at the 2012 BRIT Awards.

3. They are making themselves known in America. - The "TODAY" performance was the band's first American television appearance, though they are following it up with some pretty big ones -- the boys will perform their hit single at 2012 Kids' Choice Awards on March 31st, and they will act as musical guest when Sofia Vergara hosts "Saturday Night Live" on April 7th.

4. They may be conquering America, but they can't legally drink here yet! These guys definitley put the boy in boy band. All five members of the group are below the legal drinking age of 21 in the United States, aging in range from 18-20.

5. You can catch them on tour right now! - One Direction is currently touring the country with American boy band -- and Nickelodeon stars -- Big Time Rush. We can hear the tweens screaming from here...

Click "Launch Gallery" above to the see shots of One Direction over the last few years, and see below for video of the guys singing "What Makes You Beautiful" on "TODAY!"

Visit msnbc.com for breaking news, world news, and news about the economy