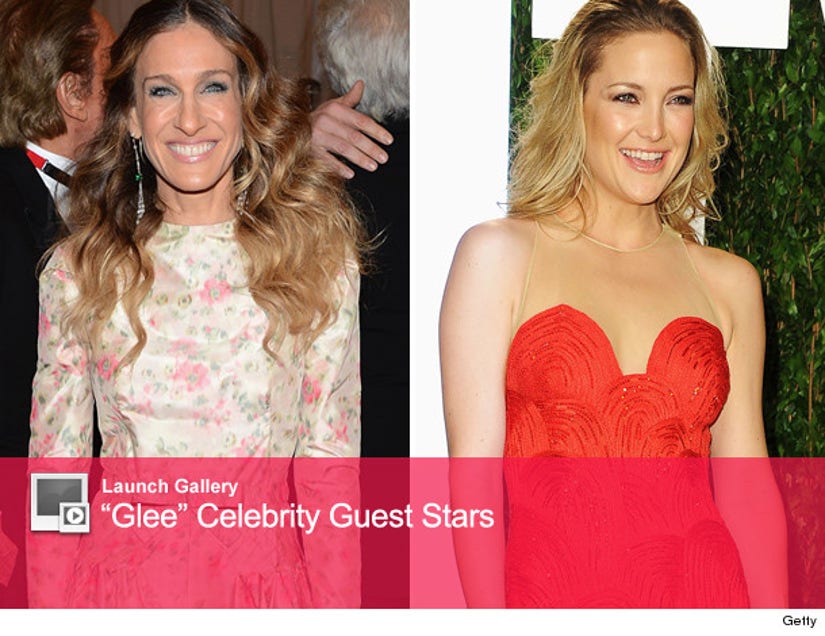 The networks announce their fall schedules this week at the annual upfronts in New York City, and FOX President Kevin Reilly spilled some secrets about Season 4 of our favorite high school singing series, including a new timeslot and some big guest stars!

First up, "Glee" is on the move from Tuesday to Thursday nights. The program will land in the 9pm timeslot, after the results show of "The X Factor" in the fall and "American Idol" in the spring. Reilly also addressed the rumors on how the series will handle the graduation of some key characters.

"We're gonna have a show-within-a-show following some of the characters to New York, to the school of performing arts, " he said. "[There'll be] a couple of fresh faces in Ohio for the kids. I'm very excited about the quality of talent that's looking to join the show. ... 'Glee' is really positioned this year for a very strong year."

As for talent joining the show, Reilly also announced upcoming guest stars Sarah Jessica Parker and Kate Hudson, who are both set to come on board for multiple episodes.

This will mark SJP's first return to television since "Sex and the City" left the air in 2004, and Kate's first foray into TV since a handful of small roles when she was just a teenager.

SJP and Kate join a long list of stars who have shown up in the halls of McKinley High, from Britney Spears to John Stamos, Gwyneth Paltrow, Neil Patrick Harris, Ricky Martin and more. Click "Launch Gallery" above to see other famous faces who have turned up on "Glee!"