"America's Next Top Model" will be crowned tonight, but will the winner be a non-American?

Laura (bottom left) has established herself as a versatile model with strong poses. However, her weakness is her runway walk, which got her cut from a fashion show in Toronto and cost her a couple of go-see clients in Hong Kong.

Sophie's (bottom right) personality and enthusiasm have endeared her with designers; she booked all four of her designers during her go-sees. She's taken strong photos as well, and earned "best photo" during last week's "Dreams Come True" perfume shoot (the perfume campaign is one of the winner's prizes).

The CW just released Laura and Sophie's final CoverGirl photos, and those might hint who the winner is. American Laura looks fun and flirty in her coral dress while Sophie lacks expression. Tyra Banks also cursed Sophie with pink hair during her makeover, which is a harder sell commercially. 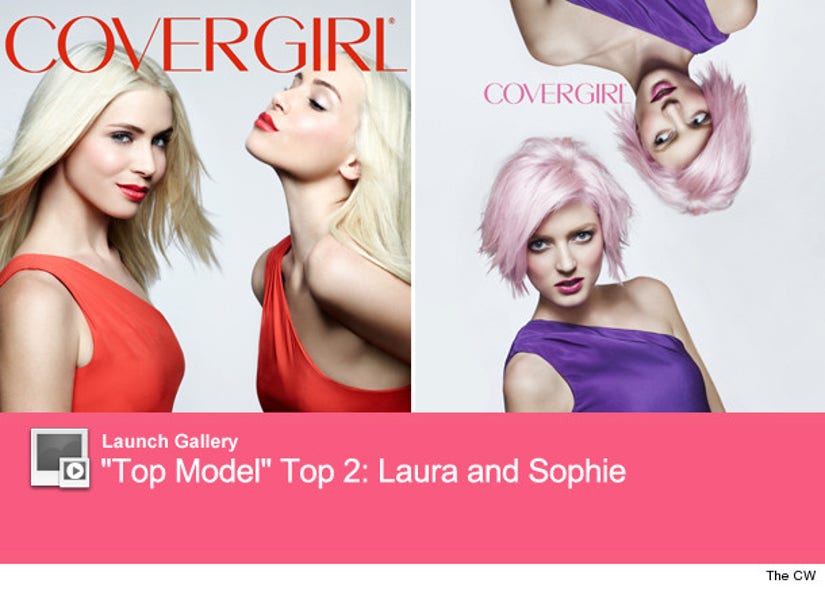 While we feel Sophie is a better overall model, we think that Laura will take the title. Do you think Tyra would *really* let a British model win "America's Next Top Model"? Find out in tonight's finale (which, sadly, also marks the last appearance of Nigel Barker and Jay Manuel on the show).

Check out their portfolios by clicking on the "Launch Gallery" above. Who should win Cycle 18 of "ANTM?" Vote below!