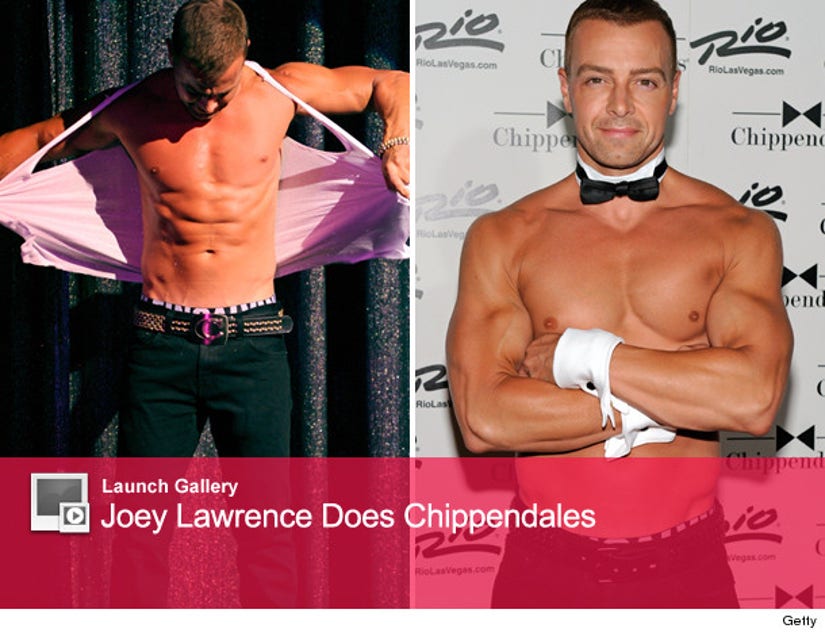 "Whoa!" alert: Joey Lawrence is once again taking it off ... and this time, it's for Chippendales!

The former "Blossom" star showed his stuff this weekend at the Rio Hotel & Casino in Las Vegas, where he flaunted his hot body as a special celebrity guest.

Lawrence, 36, will be showing off his ripped abs as part of a limited engagement with the show until June 24

He follows in the half-naked footsteps of Jeff Timmons and Jake Pavelka, who have also lost their shirts for the show.