It really is the beginning of the end for your favorite "Twilight" cast members -- today the gang made their last Comic-Con appearance together!

The annual gathering of film, TV, comic book, sci-fi and general pop culture fans in San Diego kicked off with a bang on Thursday, and it was definitely worth the wait for Twi-hards in attendance! 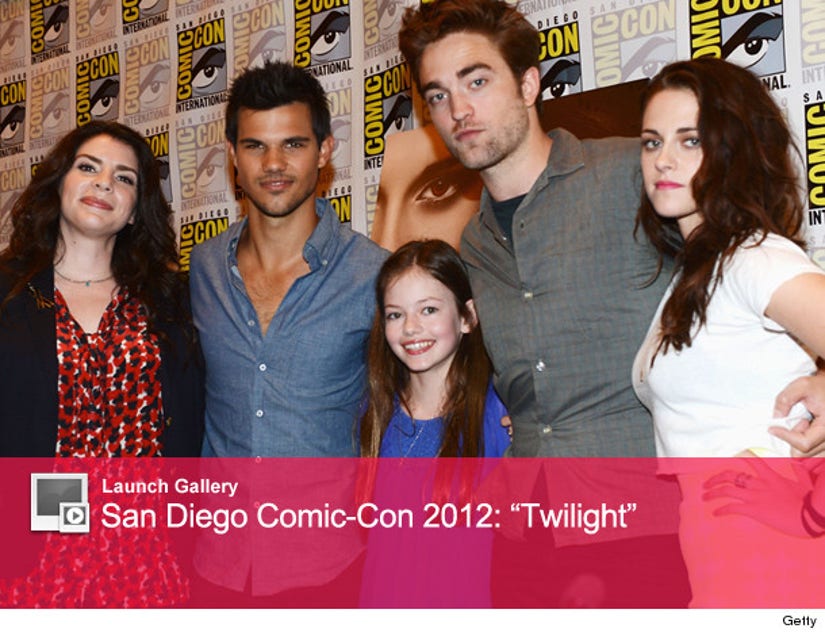 Fans got to see the first seven minutes of the last installment of the Twilight saga, "Breaking Dawn—Part 2" and toofab was there for all of the craziness!

Check out the interview below to see how Kristen Stewart gets REALLY awkward when she's asked about her on-screen sex scenes with co-star/boyfriend Robert Pattinson. We're guessing it's because Mackenzie Foy (who plays her daughter, Renesmee) was sitting right there!

After some ribbing from RPatz, KStew even drops an F-bomb in front of her tiny co-star -- prompting "Twilight" author Stephenie Meyer to joke "Where's Mackenzie's swear jar?"

Check out the pictures above of your faves including Taylor Lautner, Kellan Lutz, Ashley Greene, Jackson Rathbone and more! Then watch Kristen's awkard comments below.

Are you excited for "The Twilight Saga: Breaking Dawn--Part 2?" Let us know below!