Believe it or not, the "Glee" cast returns to work soon to start shooting Season 4! And while we're all excited, there's still much mystery surrounding who exactly will be back and what will happen after so many of the kids graduated in last season's finale. 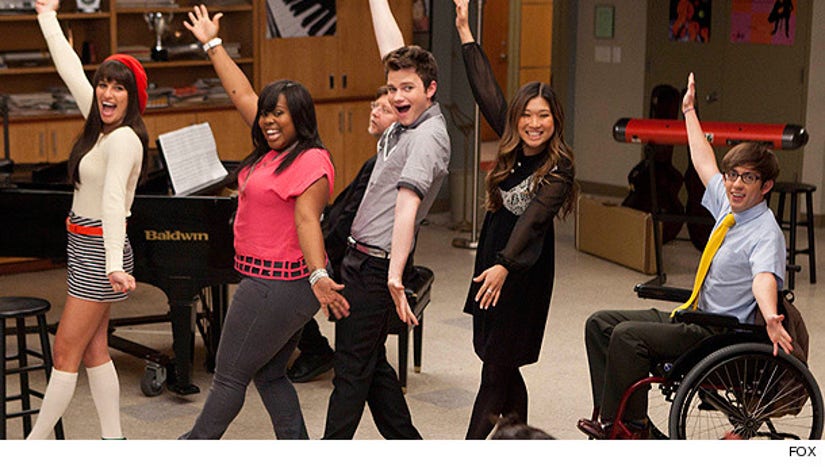 Everyone is Back ... in Some Capacity
As had been rumored, all of your favorite regulars will be returning for Season 4 -- in some way, no matter what part of the country they've ended up in.

Chord Overstreet (Sam) is in talks to finally become a show regular, and "The Glee Project" alum Samuel Larsen (Joe) and Alex Newell ("Unique") will possibly pop up as well.

New York Doesn't Love Rachel As Much As She Loves It
Rachel's dream has been to live in NY, but the dream becomes a bit of a nightmare as she finds herself there alone, with a dance teacher (guest star Kate Hudson) who is more Sue Sylvester (Jane Lynch) than Mr. Schue (Matthew Morrison).

Adventure Finn!
Season 3 ended with Finn heading off to the Army. So how does he fare?

“He's the real big question mark when it starts,” shared Brennan. Falchuk added, “ He went off on this adventure and nobody really knows what's happened to him.”

So does that mean Monteith will be MIA for the first few episodes? Guess we'll have to wait to see, but when asked if he'd be willing to shave his head to look the Army part, Cory said he's "up for the challenge."

Santana's Still Cheering
Though we last saw Santana say she was turning down a scholarship to the University of Louisville to head to NYC, it appears she's had a change of heart.

"Santana is at the University of Louisville. She's a cheerleader and she's working hard on her cheers," Falchuk said.

Kurt is ... Around
Poor Kurt (Chris Colfer). Rejected from the only school to which he applied (we're still questioning that decision), the older half of Klaine finds himself still in Lima, not sure of what to do next. But might he eventually end up in the Big Apple with Rachel anyway?

“Those two are best friends,” replied Falchuk. “It would be hard to keep them apart.” But then what of Kurt and his adorable boyfriend?

Darren shared that he'd personally like to see the couple weather the long-distance storm ... or break up disastrously. What an optimist!

Britney's Back, B----!
A second Britney Spears tribute is headed our way! In fact, it will be the second episode of the new season, and of course fifth-year senior Brittany (Heather Morris) will be at the center of it all.

No word if Ms. Spears herself will turn up again, but now that she's an official FOX employee as a judge on "The X Factor," we have a feeling she may be making her second "Glee" appearance.

Sing It, Maybe?
What songs might we hear in Season 4? Lea says she'd love to sing Robyn's "Dancing on my Own," while Darren imagines that Carly Rae Jepsen's inescapable "Call Me Maybe" will pop up somewhere. Oh dear...

The Season 4 of "Glee" premiere airs on FOX on September 13. What are you most excited about? Let us know below!