Few films have had as much hype surrounding them as "The Dark Knight Rises," and with good reason -- the final chapter in writer-director Christopher Nolan's epic Batman trilogy promised a grand conclusion to the Caped Crusader's tale.

So does it measure up, or will fanboys leave the theater completely disheartened?

We'll get to that in a sec. First, the basic plot essentially boils down as follows... 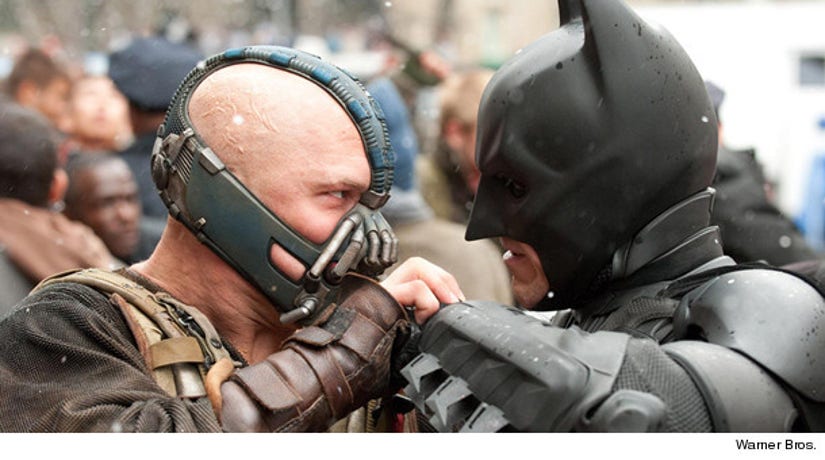 It's been eight years since the Dark Knight (Christian Bale) took the fall for the evil-doings of revered D.A. Harvey Dent (Aaron Eckhart). The Bat's alter-ego Bruce Wayne has also vanished from society, rumors swirling as to why he's disappeared.

In reality, Wayne is physically and mentally broken after not only losing his love Rachel (Maggie Gyllenhaal), but also giving up his guise as Gotham's protector. He's lost all sense of purpose. Our crimefighter is now holed up in Wayne Manor, more Howard Hughes than dashing billionaire playboy.

During a charity event at the estate, burglar Selina Kyle aka Catwoman (Anne Hathaway) gets her hands on Wayne's family jewels (literally, she steals his mom's pearls). This prompts Bruce to reenter society, where all has appeared calm on the surface, but trouble's been brewing underground thanks to the monstrous bad guy known as Bane (Tom Hardy).

Bane terrorizes Gotham, playing mind games, turning citizens against each other and upending society as we know it. It's up to Batman to save the city he loves -- with the help of old friends Commissioner Gordon (Gary Oldman), corporate officer/tech genius Lucius Fox (Morgan Freeman) and longtime butler Alfred (Michael Caine), and new allies Officer John Blake (Joseph Gordon-Levitt) and Miranda Tate (Marion Cotillard), a socialite philanthropist who sits on the board of Wayne Enterprises -- but can he make it out alive? 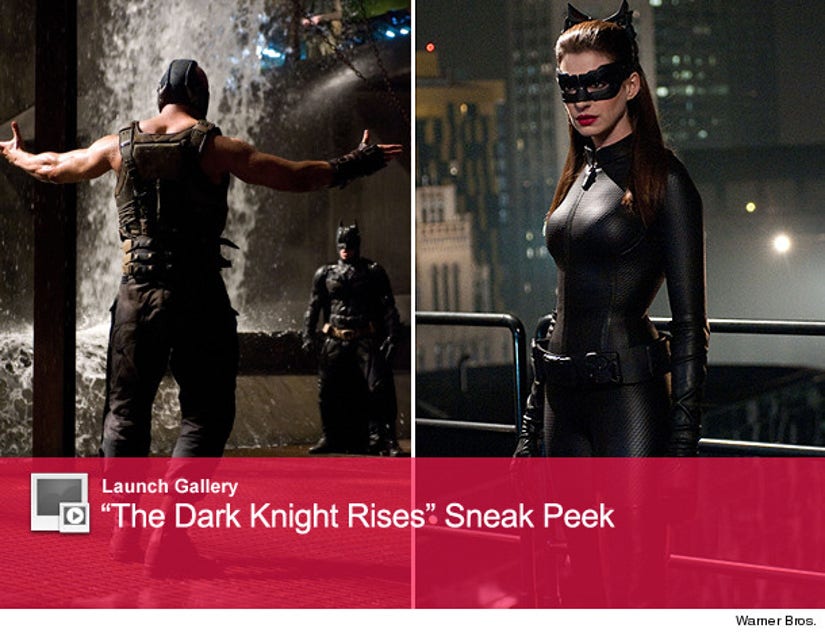 From the moment the movie starts, you're treated to an insane, gravity-defying action scene that feels reminiscent of the stunning "Inception" hallway fight, and it immediately sets the tone for your next 2 hours and 45 minutes. Buckle up, kids, you're in for a ride.

As expected, Nolan does a masterful job with stunning visuals, cool new Bat gadgets and phenomenal fights. The hand-to-hand combat scene between Batman and Bane is terrifying and brutal, and the climax of the film -- an amazing city-spanning sequence that lasts a good 30 minutes (I'm guessing; I definitely wasn't look at my watch) -- is simply mind-boggling in every possible way.

The returning cast is of course stellar, and Bale does a great job showing Wayne/Batman as a vulnerable and aging man who fights through more adversities than we typically see from a superhero.

The addition of so much of the "Inception" cast to the film was fantastic. Hardy packed on 30 pounds of muscle to portray evil-incarnate Bane, and he acts the hell out of the part which isn't easy as most of his face is masked for the whole flick. Sure, he sounds like Sean Connery, but we'll take it! Gordon-Levitt is also a real highlight, and there's definitely a gasp-worthy reveal with his character at the end of the film.

Hathaway is a bit of a let down, however. While we enjoy her as Selina, her sassy/sultriness as Catwoman seems incredibly forced and at times cheesy. We just didn't buy her attitude, but she sure can wear that catsuit.

Yes, the plot is convoluted, a couple twists at the end seem haphazard, and the sound mixing is horrible -- our staffers who saw it didn't understand like 1/3 of what Bane said, yet we still clearly got the message that he's not someone you'd want to bump into in a dark alley. But overall, does the good outweigh the bad? Without a doubt.

"The Dark Knight Rises" is an entertaining and grand finale to an epic trilogy, and if you can weather the bumps along the way, you'll definitely enjoy the ride. The film hits theaters Friday.