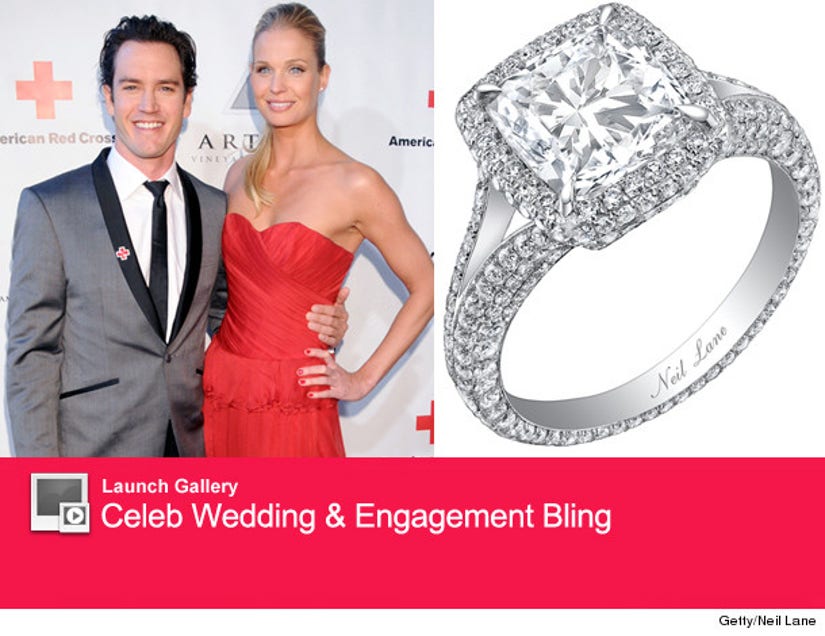 The 38-year-old former "Saved by the Bell" star and advertising executive Catriona McGinn got married over the weekend at a winery in Santa Ynez ... according to People.

This is Mark's second marriage. He has two children -- Michael and Ava -- with his first wife, Lisa Russell.

Mark and Catriona, who got engaged back in August, are reportedly heading to Italy for their honeymoon.

As for the rock, a rep for Neil Lane -- the jeweler who designed the engagement ring and wedding band -- tells us Catriona is now sporting a 4.5 cushion cut diamond ring set in platinum.

See how her ring stacks up against other celebrity wedding and engagement rings in the gallery above!