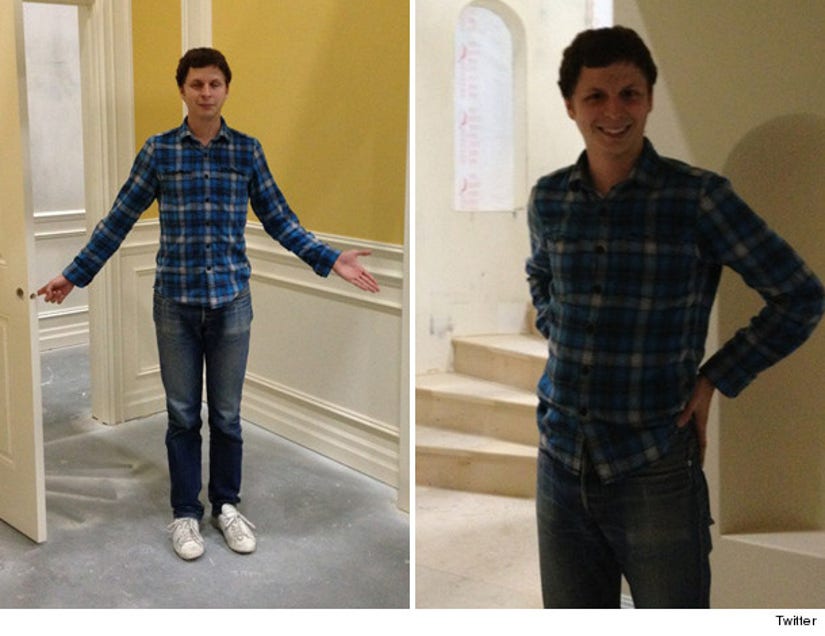 Photos mean it's really, truly, undoubtedly happening, right? Ladies and gentlemen, the Bluths are back!

Jason Bateman, known to many as Michael Bluth on the hysterical but gone-too-soon "Arrested Development," tweeted two photos over the weekend -- of Michael Cera seemingly back on set! (Is that the model home? Eee!)

Bateman included the captions "My son, arriving yesterday" and "A grandson, looking for his Gangee" with the pics. Cera played Bateman's son George Michael on the Emmy-winning series, which aired on FOX for three seasons from 2003-2006.

Netflix came to the rescue of the show (and its hardcore fans) by agreeing to air 10 new episodes of the sitcom, starring the original cast, which also includes Portia de Rossi, Jeffrey Tambor, Will Arnett, David Cross, Tony Hale, Alia Shawkat and narrator/executive producer Ron Howard.

The eps film this summer to stream on Netflix next year.

Are you as excited as we are that "Arrested" is back? Let us know in the comments below! And remember, there's always money in the banana stand!