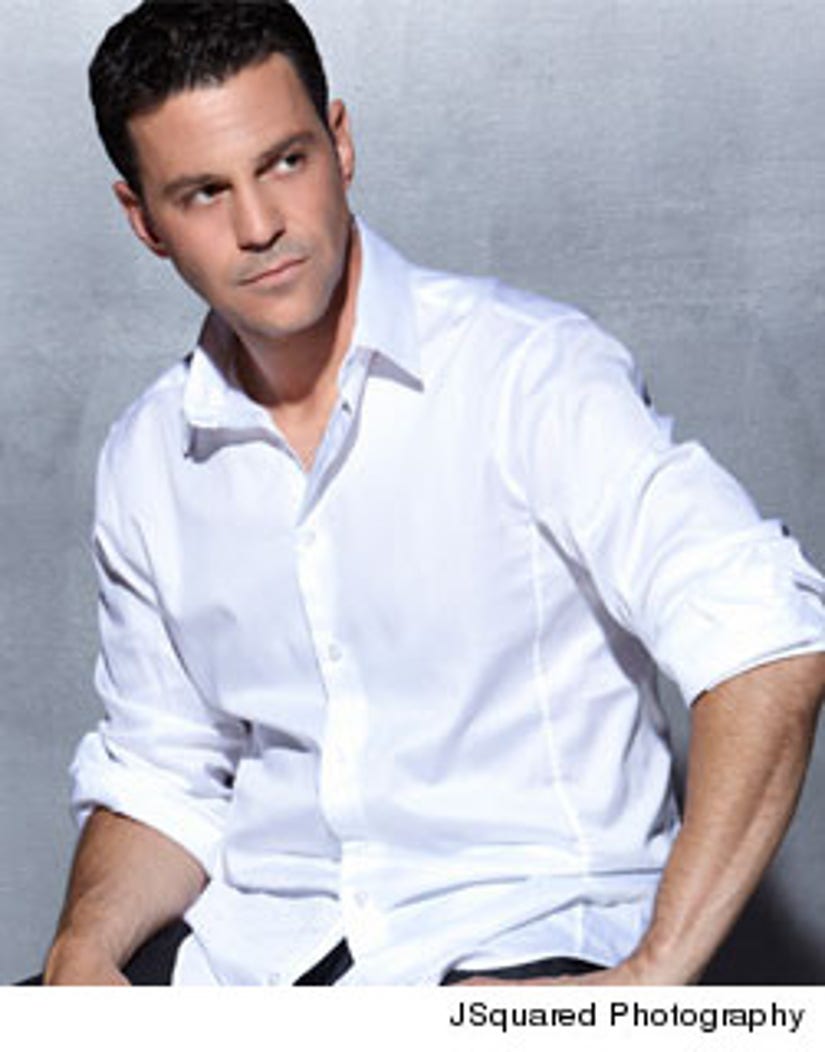 David Alan Basche plays a divorcee on "The Exes" -- but in real life he's been with his wife for 15 years.

In an exclusive interview with toofab, the actor opens up about his costars Donald Faison and Wayne Knight, Season 2 secrets and how he keeps his TV relationships and his real-life ones separate.

"I think it's definitely harder in our business to maintain a healthy relationship, and it's a little different than a normal workplace because you do have the media spotlight and paparazzi," Basche says of Hollywood couplings.

"It's hard to find time for privacy and some intimate quality time for real honest conversations,” he tells toofab.

And it gets even harder when there's onscreen love scenes involved!

"My wife was just on stage kissing another man and I've done TV shows where I have to kiss other women and you know, it just comes with the territory," he says.

But with costars like Donald Faison ("Scrubs"), Wayne Knight ("Seinfeld") and Kristen Johnston ("3rd Rock from the Sun"), the set of TV Land's "The Exes" is more fun than flirty.

"Working with Donald and Wayne is fun every day," David says. "It's a little like a boys club, but Kelly [Stables] and Kristen help balance us out when there's too much testosterone."

Basche also reveals that "Donald is a big dancer so he gets us all dancing, he likes to play Boyz II Men before the show. Wayne and I aren't that good of dancers but Donald can kick it!"

So what are viewers in store for this season? Well it looks like a lot of laughs!

"The writers have gotten a little edgy this season," David tells us. "We have one episode about Stuart having a huge penis, which is always a plus for an actor to play that kind of a role!"

You can also expect a guest appearance from "Dancing with the Stars" pro Maksim Chmerkovskiy, who gives the guys a lesson in ballroom dancing.

Make sure to check out "The Exes" Wednesday nights on TV Land.