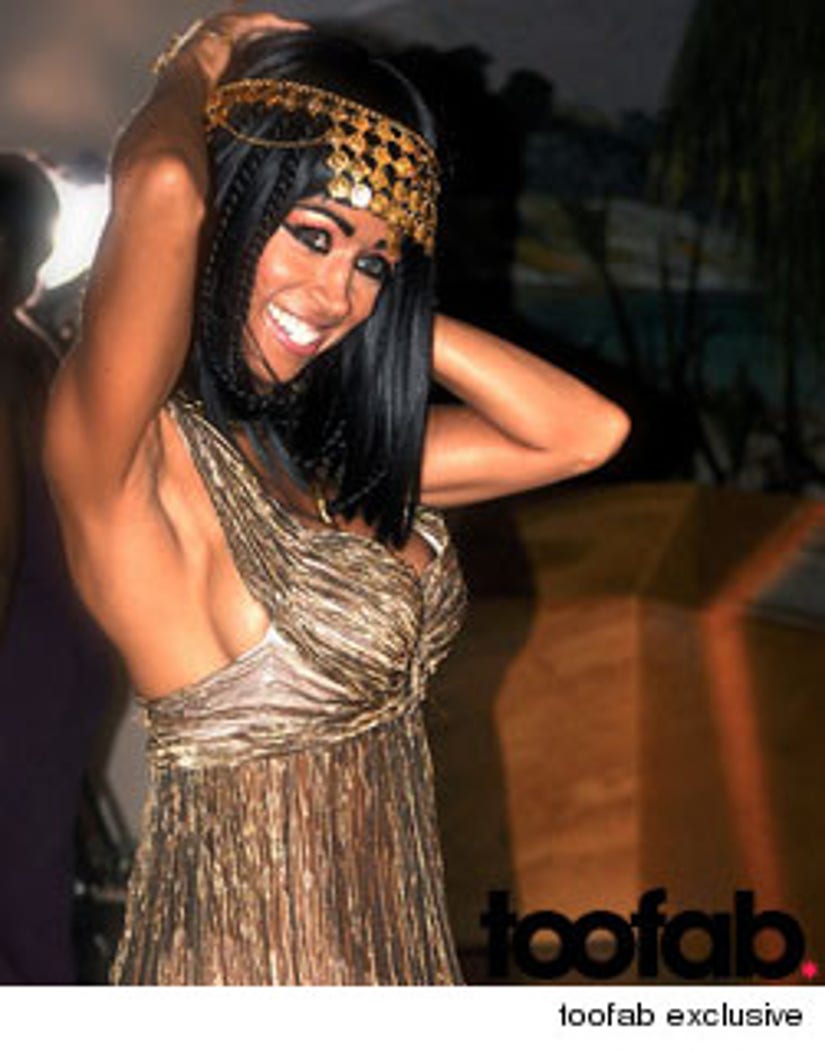 From "Clueless" to Cleopatra?

Stacey Dash is best known for playing Dionne in the 1995 teen comedy, and striking all those fierce poses will definitely help in a new music video.

The actress-turned-singer is featured along with Blake Smith on Emcee N.I.C.E.'s new single "Life of the Party" and toofab has an exclusive look at the shoot.

The Las Vegas Natural History Museum was rented out for the video. Stacey and the crew had to get a $10 million insurance policy to use the museum, which features a Treasures of Egypt exhibit.

Stacey was wearing a treasure herself -- a dress worn by Elizabeth Taylor in the 193 epic film "Cleopatra."

The bronze and gold costume was rented from Universal Studios and dazzled under the lights. Check out the regal photo below: 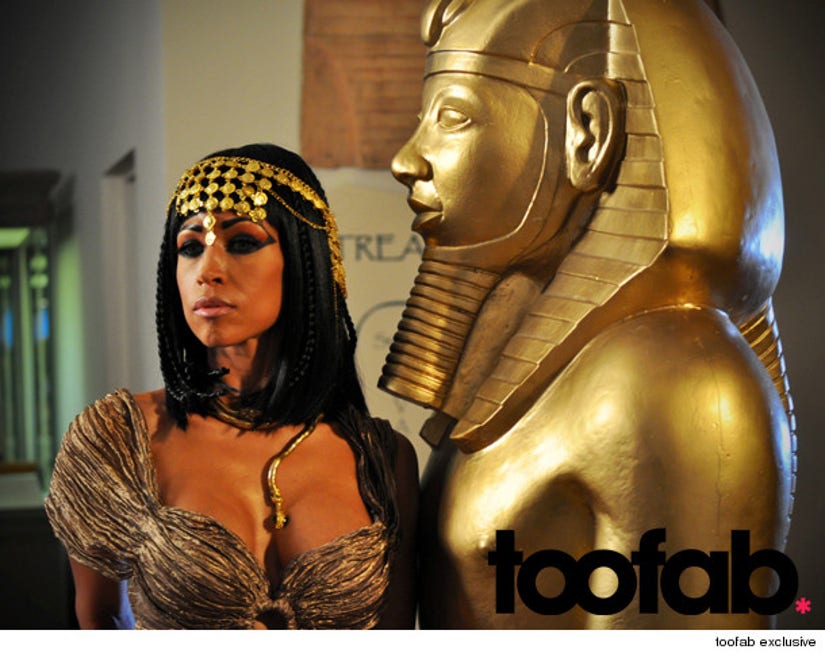 Stacy looks amazing but how does she sound?

Listen to "Life of the Party (Dance Remix)" below and let us know what you think!