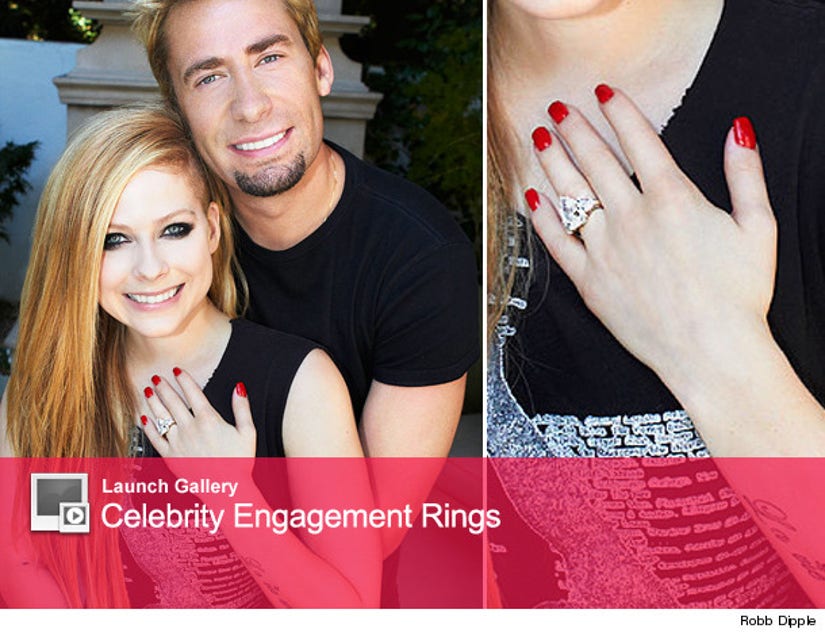 The fact that Avril Lavigne said "Yes" isn't the only thing about her engagement to Chad Kroeger that's shocking -- so is the size of her ring!

The 27-year-old singer and her 37-year-old fiance show their smiles and Avril's 14-carat ring in a new engagement photo of the couple (first obtained by PEOPLE and Hello! Canada).

According to Hello!, the Nickelback frontman got the rock at XIV Karats Beverly Hills on one of his last days collaborating with Avril on her upcoming album.

The mag adds that "by the time recording was over, they had fallen in love."

The two have kept a low profile over their very short courtship. Other than one in-studio shot and a few pictures of them on a lunch date in Paris back in May, we've barely seen them together.

Avril even hit the red carpet last night solo after the news was announced ... but wasn't wearing her new rock.

What do you think of the engagement ring? Sound off below.