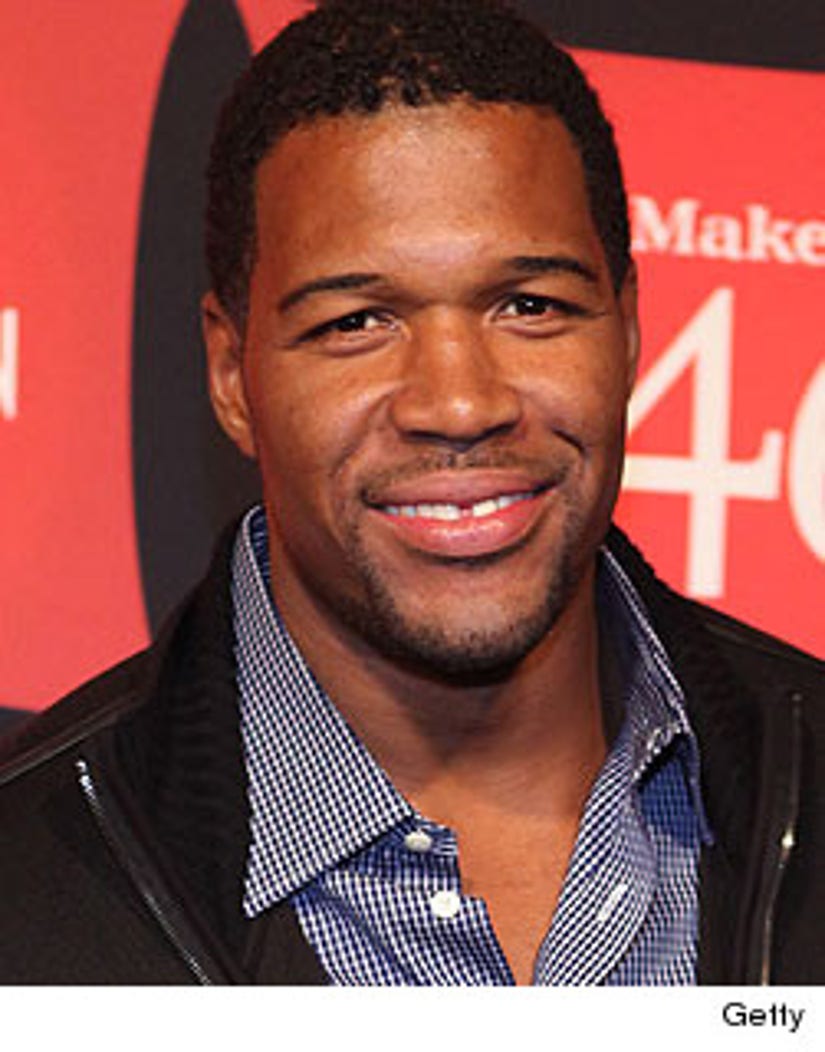 NEW YORK (AP) -- Michael Strahan is in talks to be named co-host of "Live!" beside Kelly Ripa.

Strahan, 40, a former NFL star and currently a host of "Fox NFL Sunday," was in negotiations to be named as replacement for Regis Philbin, according to a source who spoke on condition of anonymity because the source was not authorized to speak about the negotiations.

Broadcasting & Cable, citing multiple sources with knowledge of the situation, said ABC was expected to announce him as co-host in early September.

The syndicated weekday show has left Ripa without a permanent co-host since Philbin left the show in November 2011. Since then, she has welcomed 59 guest co-hosts, some of whom, including Strahan, were under consideration for the permanent job. Strahan has made several guest appearances this year.

A spokeswoman for "Live!" declined to comment on Philbin's replacement.

On Monday, Disney-ABC Domestic Television had said Ripa will officially announce her new partner as he or she joins her on stage for the Sept. 4 broadcast.

Philbin, the original "Live!" host, exited at age 80 after presiding more than 28 years alongside several co-hosts.