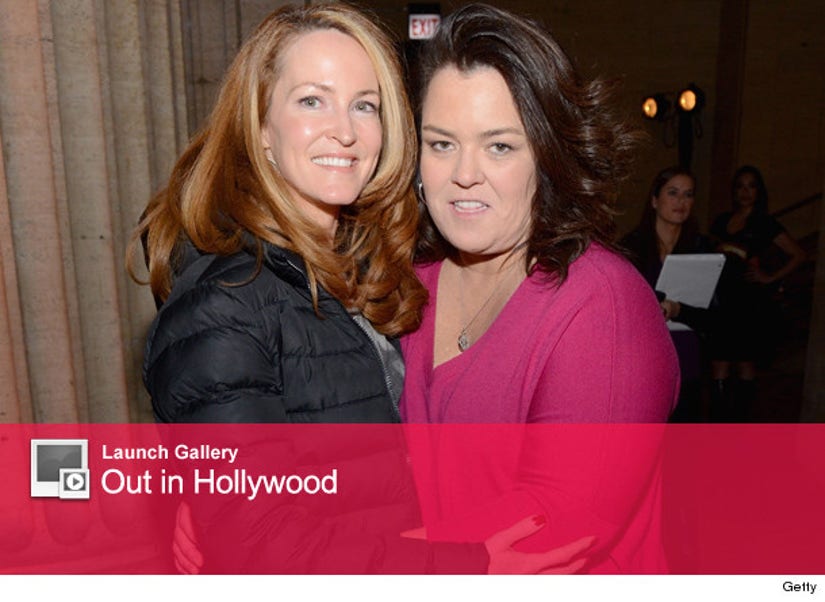 We guess it is possible for celebs to keep some private things to themselves -- Rosie O'Donnell just confirmed that she married girlfriend Michelle Rounds back in June!

On the heels of a heart attack scare earlier this month, the 50-year-old took to her blog to announce the happy news to her fans, in the poetry-like format that she always employs:

Rosie's new wife has been suffering health problems of her own, having been diagnosed with rare and often fatal desmoid tumors.

O'Donnell's rep confirmed to People that the pair exchanged vows on June 9, prior to Rounds' first surgery for the tumors, in a private ceremony in New York.

This is the second marriage for O'Donnell, who also has four children.

Congratulations to the couple, and get well soon! Click "Launch Gallery" above to see more star who are out and proud in Hollywood.