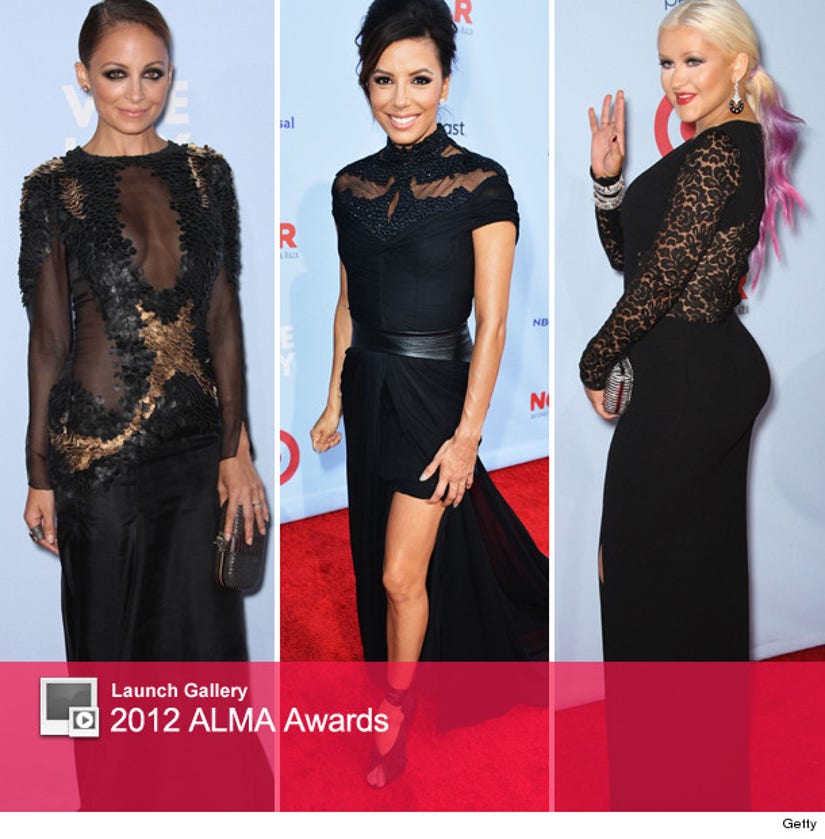 Black was the color of the night at the 2012 ALMA Awards on Sunday -- where Christina Aguilera put her curvaceous body on display ... while other stars showed some serious skin!

Both Christina and host of the awards Eva Longoria did their best Angelina Jolie impressions by exposing their left legs on the red carpet.

But Xtina's leg wasn't the only thing the singer was flaunting -- just look at those curves!

Joining the two in some red carpet exposure was Nicole Richie, who looked dark and daring in a black sequined dress with a few sheer, risque cutouts.

Also at the event: "Glee" star Naya Rivera, Jake Gyllenhaal, America Ferrera, Madeleine Stowe of "Revenge" and many, many more!

Check out all the arrival shots above. Who do you think looked best?