While President Obama was in Los Angeles fundraising among the Hollywood set on Sunday, at least one actress was showing her support for his opponent, Governor Mitt Romney.

Stacey Dash took to Twitter to endorse the Republican candidate, wearing a sexy red swimsuit in front of an American flag. 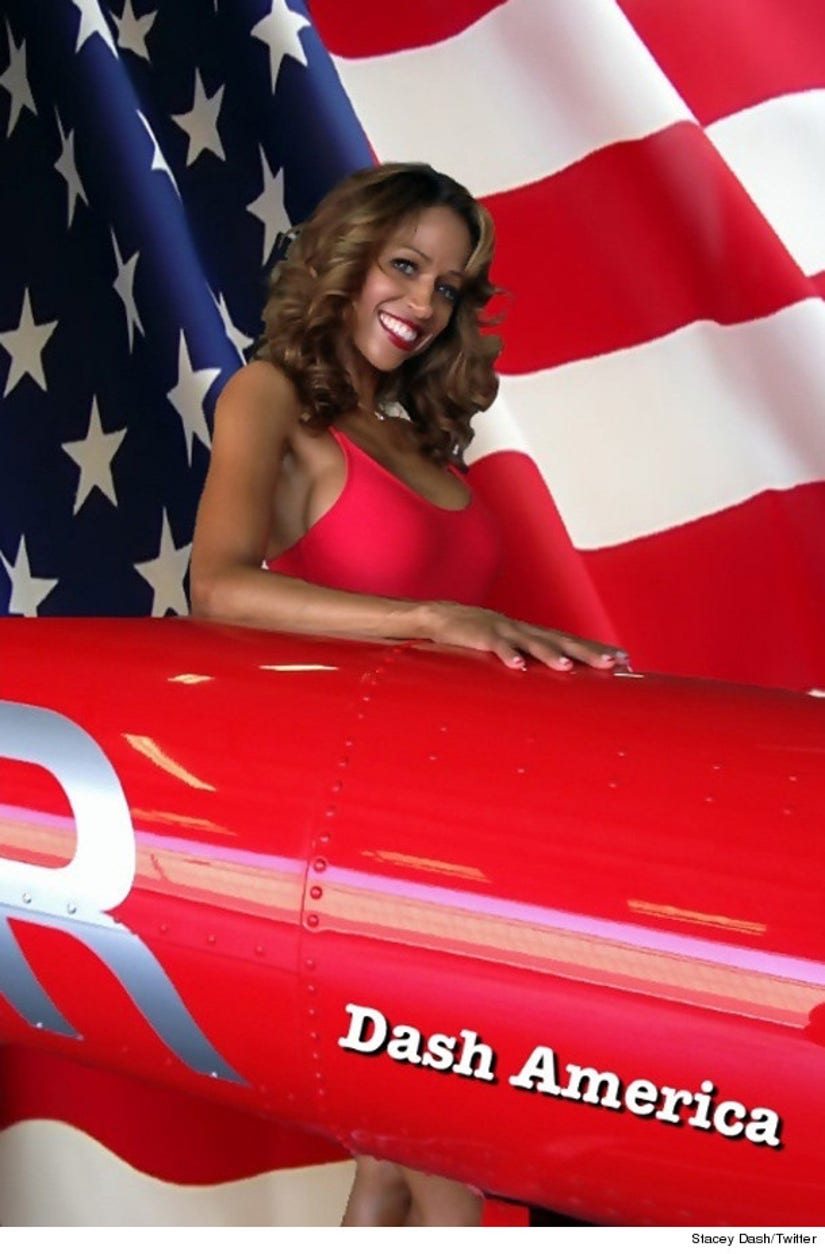 "Vote for Romney. The only choice for your future. @mittromney @teamromney #mittromney #VOTE #voteromney," the 46-year-old actress tweeted.

Stacey's endorsement got mixed reactions; some criticized her for being a black woman voting for a Republican, others praised her for public stance.

She's taken the comments in stride, later tweeting, "My humble opinion... EVERYONE is entitled to one."

Stacey is definitely making use of her time in the spotlight. She and "Clueless" costar Alicia Silverstone appear on the cover of Entertainment Weekly this week (you can see what the rest of the cast looks now in the gallery below), and she's working on a new music video.