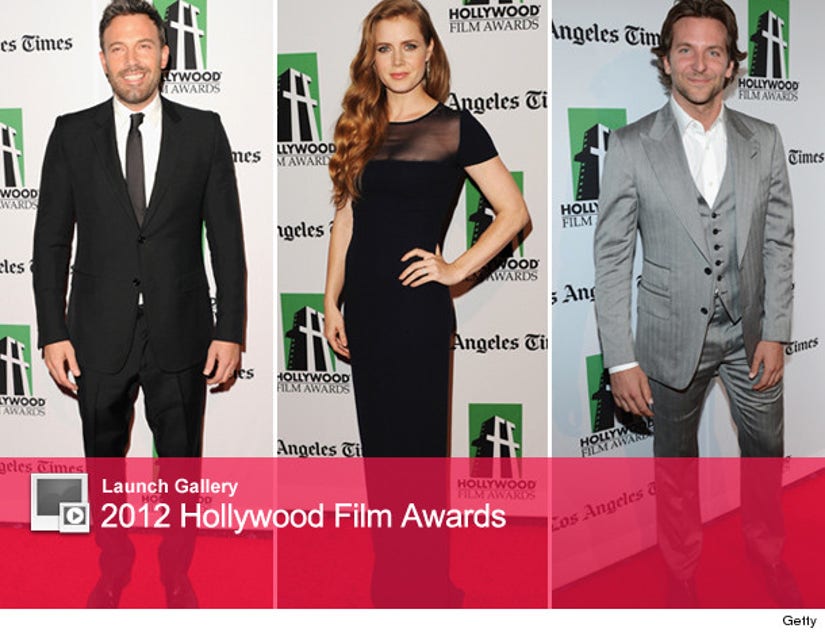 Is it really that time of year already? Ladies and gentlemen, awards season is officially upon us!

The 16th Annual Hollywood Film Awards were held on Monday night in Beverly Hills, bringing out many of cinema's best and brightest ... including several faces that you'll continue to see through the upcoming Golden Globes, SAG Awards and Oscars.

Handsome Ben Affleck led the charge -- on hand with Bryan Cranston, John Goodman and several more of their "Argo" castmates -- accepting the Ensemble Acting Award for his written-directed-acted drama, which currently sits atop of the Oscar buzz list.

Beauties Marion Cotillard and Amy Adams were honored with Best Actress for "Rust and Bone" and Best Supporting Actress for "The Master," respectively, while hottie Bradley Cooper scooped up Best Actor for his work in the upcoming dramedy "Silver Linings Playbook."

Click "Launch Gallery" above to see all of the shots from the star-studded night, including appearances by legends Robert DeNiro, Dustin Hoffman, Susan Sarandon and more!