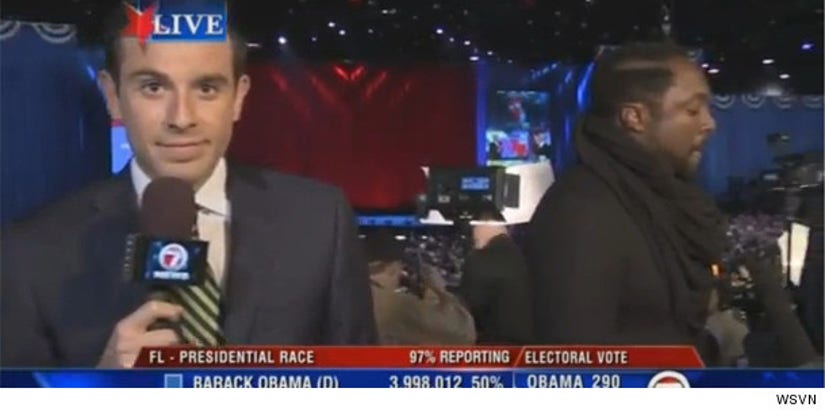 WSVN reporter Blake Burman was doing a live shot from Barack Obama's rally in Illinois. Singer will.i.am was doing an interview right next to him, but Blake mistakenly called him by another artist's name. His cameraman tried to correct him, which only made things worse.

Luckily, Blake got it right on the third try. To be fair, Blake was probably covering the election all night, so his brain was probably fried.

Blake might not know his musical artists, but he does have one thing going for him: really, really white teeth.

will.i.am was a big Barack Obama supporter, but who did other stars support? Click the "Launch Gallery" button below to find out: 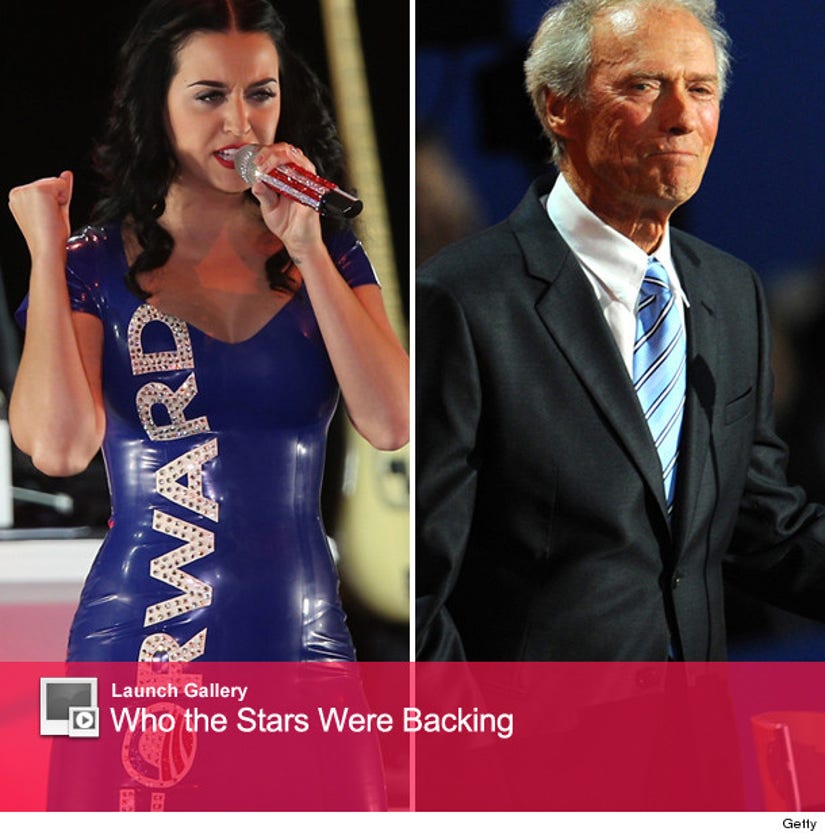