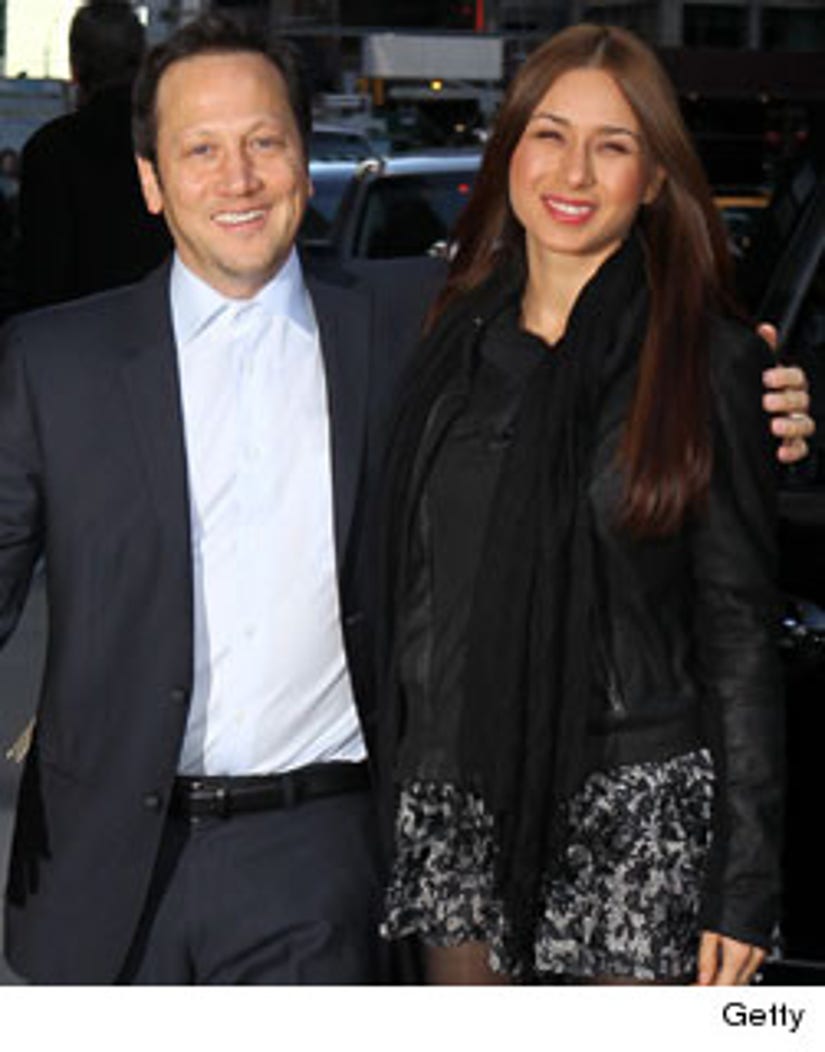 A holiday gift came early for Rob Schneider and his wife Patricia Azarcoya Schneider -- they just welcomed a baby daughter!

Miranda Scarlett Schneider was born at 8:59pm on Friday, November 16 in Los Angeles after 19 (!) hours of labor.

Miranda weighed a healthy 5 pounds, 13 ounces and was 18 inches in length. Mother and daughter are now home and doing well, a rep for the comedian tells toofab exclusively.

Miranda is the first child for Rob and Patricia, a producer for Mexican television. The two married in April 2011.

Congrats to the new parents!