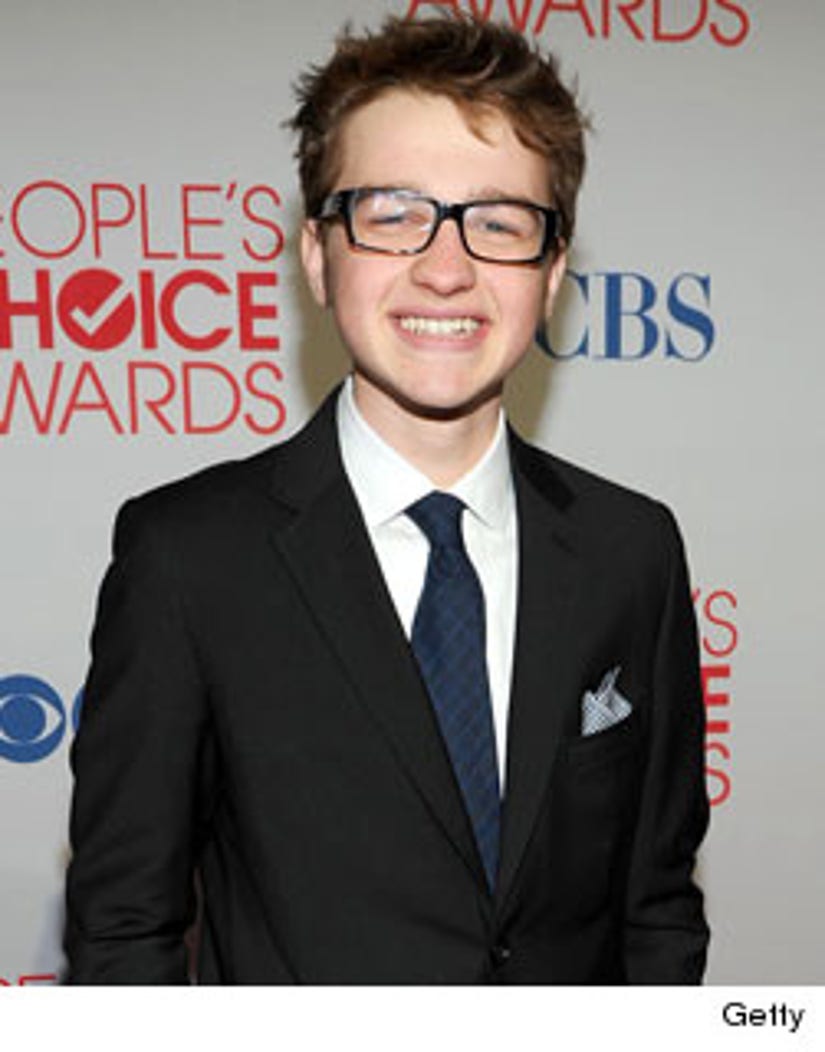 Update: Angus just issued an apology via his rep Eddie Michaels, saying, "I apologize if my remarks reflect me showing indifference to and disrespect of my colleagues and a lack of appreciation of the extraordinary opportunity of which I have been blessed."

NEW YORK (AP) — NEW YORK (AP) — The teenage actor who plays the half in the hit CBS comedy "Two and a Half Men" says in a video posted online by a Christian church that the show is "filth" and that viewers shouldn't watch it.

Nineteen-year-old Angus T. Jones has been on the show, which used to feature bad-boy actor Charlie Sheen and remains heavy with sexual innuendo, since he was 10 but says he doesn't want to be on it anymore.

In the video posted by Forerunner Chronicles in Seale, Ala., Jones describes a search for a spiritual home. He says the type of entertainment he's involved in adversely affects the brain and "there's no playing around when it comes to eternity."

"You cannot be a true God-fearing person and be on a television show like that," he said. "I know I can't. I'm not OK with what I'm learning, what the Bible says, and being on that television show."

CBS and producer Warner Bros. Television had no comment Monday.

"Two and a Half Men" survived a wild publicity ride less than two years ago, when Sheen was fired for his drug use and publicly complained about the network and the show's creator, Chuck Lorre. Sheen later said he wasn't still angry at the sitcom's producers and the network and acknowledged he would have fired himself had he been in their shoes.

The show was moved from Monday to Thursday this season, and its average viewership has dropped from 20 million an episode to 14.5 million, although last year's numbers were somewhat inflated by the intense interest in Kutcher's debut. It is the third most popular comedy on television behind CBS's "The Big Bang Theory" and ABC's "Modern Family."

The actors on "Two and a Half Men" have contracts that run through the end of this season.