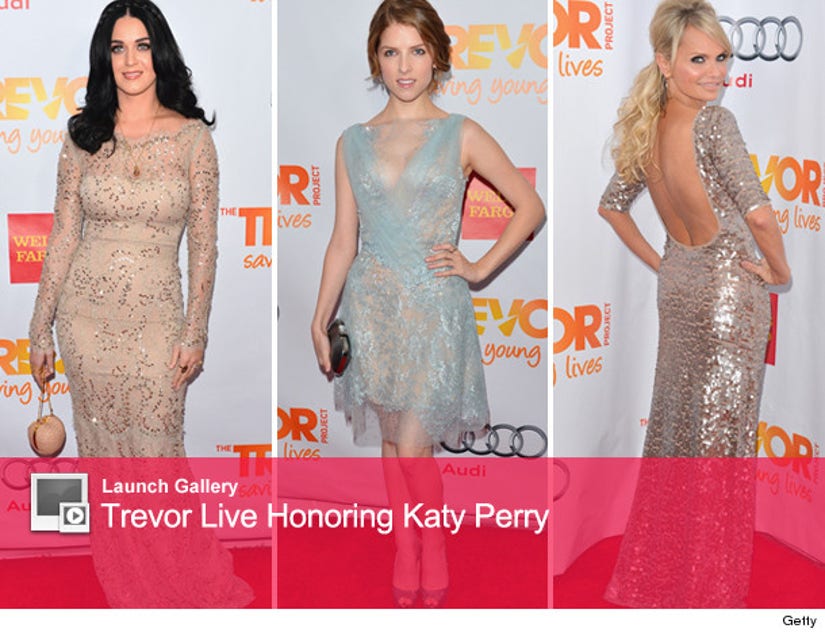 Last week, Billboard named Katy Perry their Woman of the Year, and it seems to be an ongoing trend -- she was also just honored by non-profit organization The Trevor Project!

The 28-year-old shined in a nude and silver Marchesa gown while attending the 2012 Trevor Live event on Sunday in Hollywood.

The organization, which provides crisis intervention and suicide prevention services for lesbian, gay, bisexual, transgender and questioning youth, gave Katy the Trevor Hero Award for her support and work in promoting gay rights.

Much of Hollywood turned out for the affair, from Amy Poehler to Zoe Saldana to Zachary Quinto, with performances by Kristin Chenoweth and Anna Kendrick, "Glee" stars Darren Criss, Matthew Morrison and Naya Rivera, Ryan Tedder and more

Click "Launch Gallery" above to see all of the shots from the star-studded event!