The holidays are finally upon us, and in celebration we're posting five fun facts about our favorite festive flicks.

Today's featured film is the 1994 Christmas classic, "The Santa Clause." Check out the gallery below to see what young star Eric Lloyd (left) looks like today! 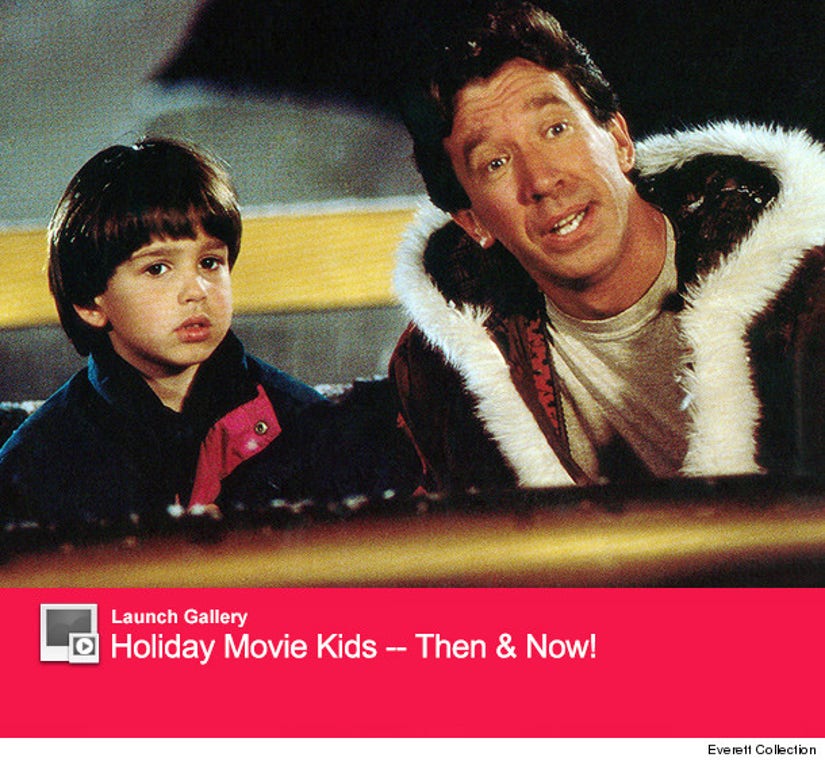 1. It was a big deal to have Tim Allen starring in a Disney movie, as the company has a history of not hiring ex-cons. Allen had a drug charge from the '70s, but they made an exception after seeing the positive reaction to Tim on "Home Improvement." He'd work with Disney again on the "Toy Story" films.

2. In the 1995 VHS version of the film, Tim Allen made a sarcastic remark, "1-800-SPANK-ME," to his
ex-wife. The scene was taken out of the later movie releases because a mom complained it was
a real sex hotline number. Her child had called it and racked up a massive phone bill!

3. In the film, Tim Allen (Scott) and Eric Lloyd (Charlie) drive down the road in a sleigh and ask a truck driver for directions. The truck driver, Jimmy Labriola, also plays Benny on Tim Allen's show "Home
Improvement."

4. There's a Hidden Mickey! When Scott and Charlie leave the North Pole, the moon in the background is in the shape of Mickey Mouse.

5. Chevy Chase and Bill Murray were reportedly up for Tim's role, but both turned it down.