Celebrities are known for having huge egos, and sometimes they clash. Feuds broke out over break-ups, hair and yes, even over having the same type of car.

Twitter served as the battleground for many fights. Celebs brought their beef to the virtual world for everyone to see. Let's take a look at 2012's top 10 celebrity feuds: 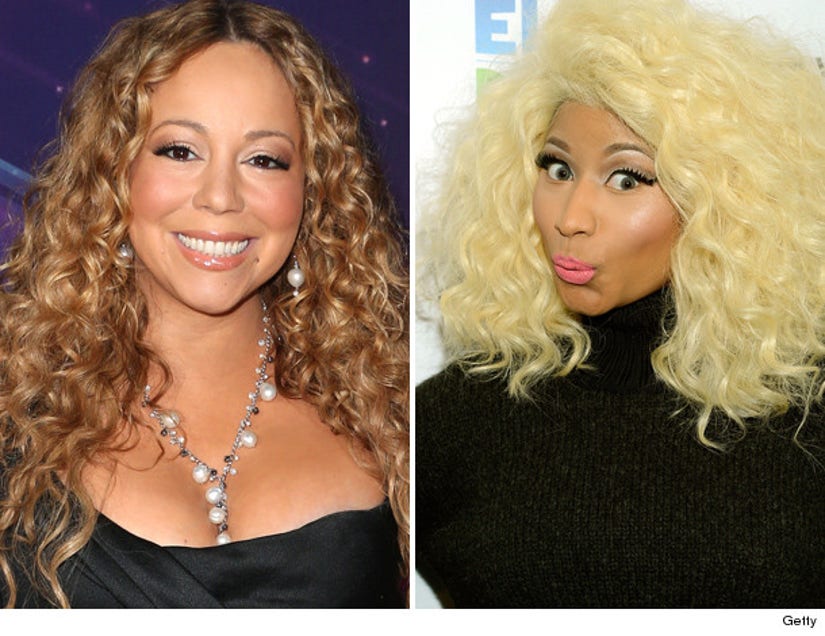 Dueling diva alert! The two new "American Idol" judges had a heated argument during auditions, where they cussed and yelled at each other. Soon after, Nicki Minaj took to Twitter to rant about the incident:

"All I do is compliment u. That's not enuff? Ur a legend, cheer up. U don't have to run down ur resume or feel intimidated. Shady McGrady" 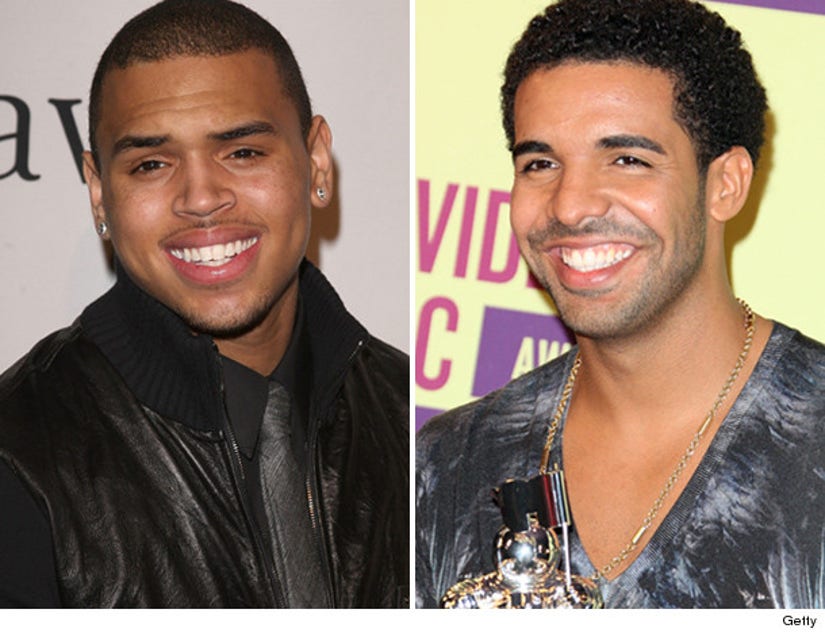 The two hip-hop stars have had a ongoing fight over Rihanna. In June, things boiled over at a New York club where Chris' entourage battled Drake's. Bottles were thrown and Chris left the club with a nasty gash on his chin. 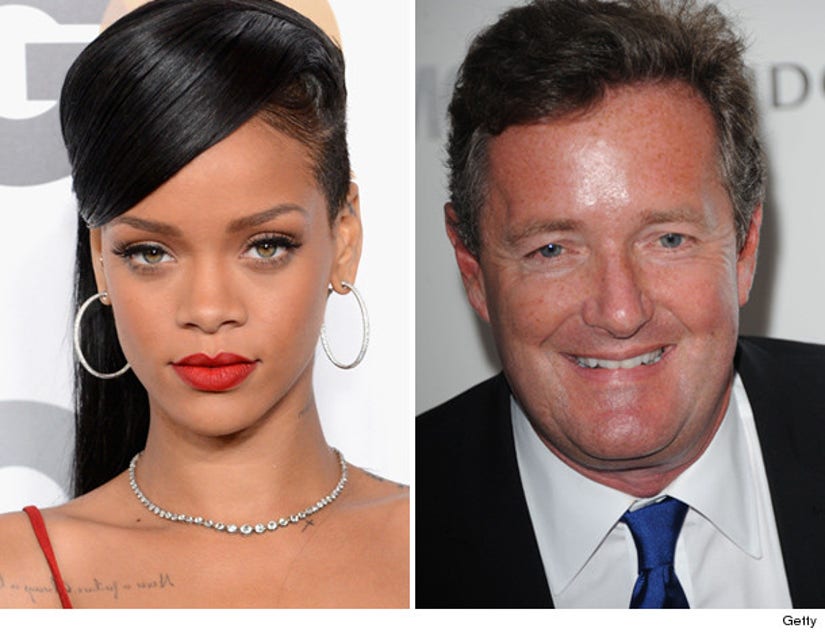 Piers Morgan wasn't too fond of Rihanna's new do debut at the Paralympics this year. The tv host tweeted, "I think Rihanna needs to grow her hair back. FAST."

Piers invited her on his show and she tweeted back that she was in for it ... but only if she talked about cosmetics. 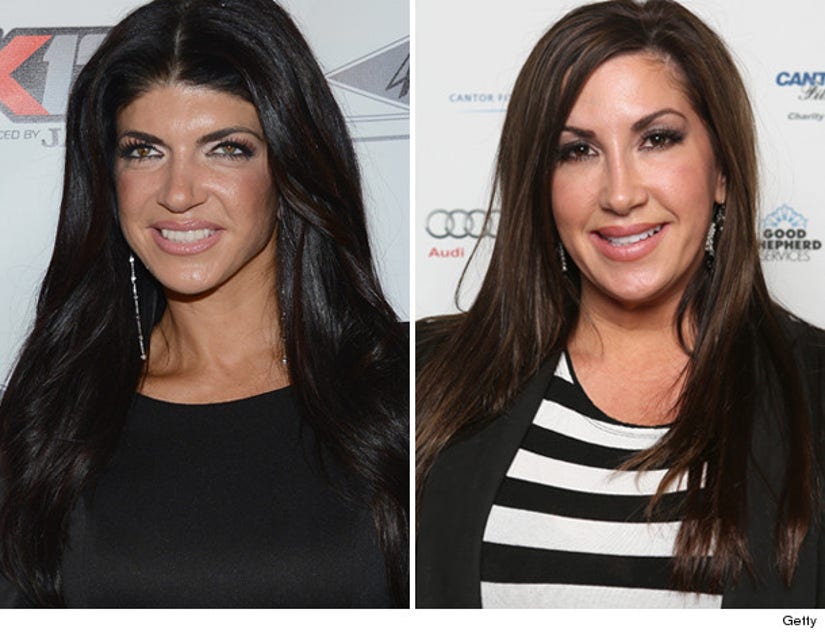 It's been an ongoing fight between the Jersey housewives but true feelings came to surface on the Season 4 reunion. Jacqueline said their friendship ended because of Teresa's family drama. She called out Teresa for starting the rumor about her sister-in-law Melissa Gorge for being a stripper.

Jacqueline: "You were telling me what to say and making me uncomfortable. I had other s--t going on in my life and you didn't give a f--k! All you cared about was exposing them. You wanted me to call out that Melissa was a stripper…”

Teresa: "No I didn't. I never said she was a stripper." 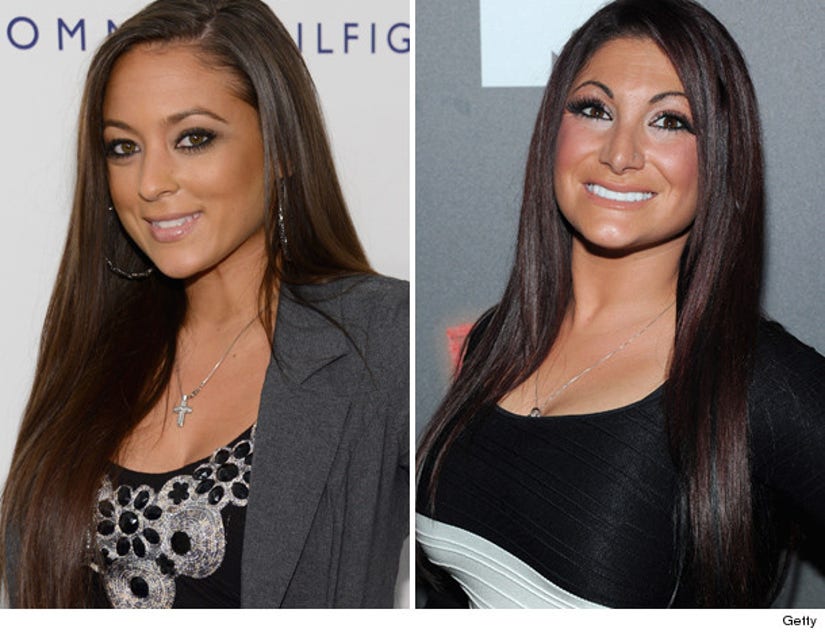 The two guidettes fought on Twitter over having the same car. Sammi let Deena know she had the white BMW first by tweeting,"Congrats to Deena for her new car that looks EXACTLY like mine. #cantyougetyourownstyle it's alright imitation is flattery."

Deena shot back with pictures of the cars side by side and tweeted: "LOL Sammi WOW. lol pretty pathetic..I'm pretty sure there's 11231 ppl out there with white bmws..does yours have a stripe? red interior? the m package?? OH WAIT! and yours is a 5 series! and mines the new 3 series.. honestly you ranting over twitter bc of a car is pathetic..if you were a real friend you'd say congrats..like my other 2 girls with beamers." 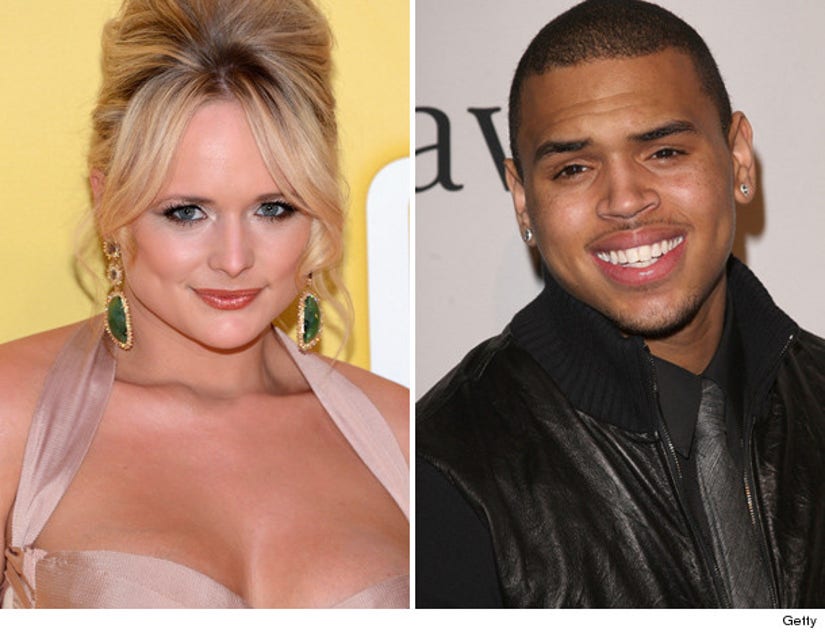 Miranda isn't too fond of Chris Brown and she made that clear after his two Grammy performances. The country singer tweeted: "Chris Brown twice? I don't get it. He beat on a girl… not cool that we act that didn't happen."

Chris responded by posting, "Hate all you want because I got a grammy now! That's the ultimate f*** off."

Wrote Miranda: "I'm done for now. But not for good:) nite love bugs & remember…Be who you are an stand for what u believe in. NO MATTER WHAT! Oh and one more thing for all who are asking…I have a Grammy too:)" 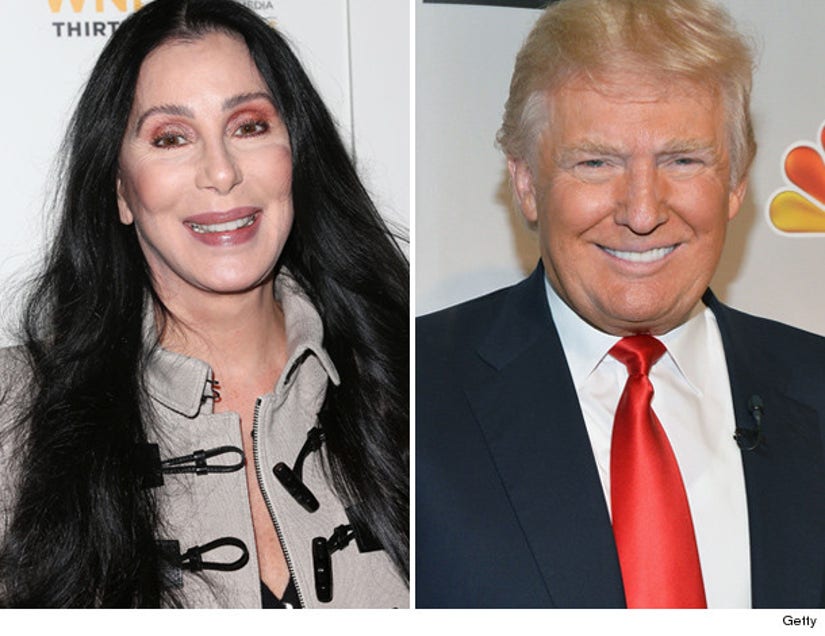 Cher took to Twitter to express her true feelings about the entrepreneur.

Cher: "I'll NEVER GO TO MACY'S AGAIN! I didn't know they sold Donald Trump's Line! If they don't care that they sell products from a LOUDMOUTH RACIST CRETIN, WHO'D LIE LIKE 'HIS RUG' TO GET SOME CHEAP PRESS! I CANT BELIEVE MACY'S THINKS HE'S THE RIGHT 'MAN' 2 REPRESENT THEIR NAME!"

Trump isn't one to let things blow over and responded to the singers rant, posting, "@cher should spend more time focusing on her family and dying career! @cher—I don't wear a 'rug'—it's mine. And I promise not to talk about your massive plastic surgeries that didn't work." 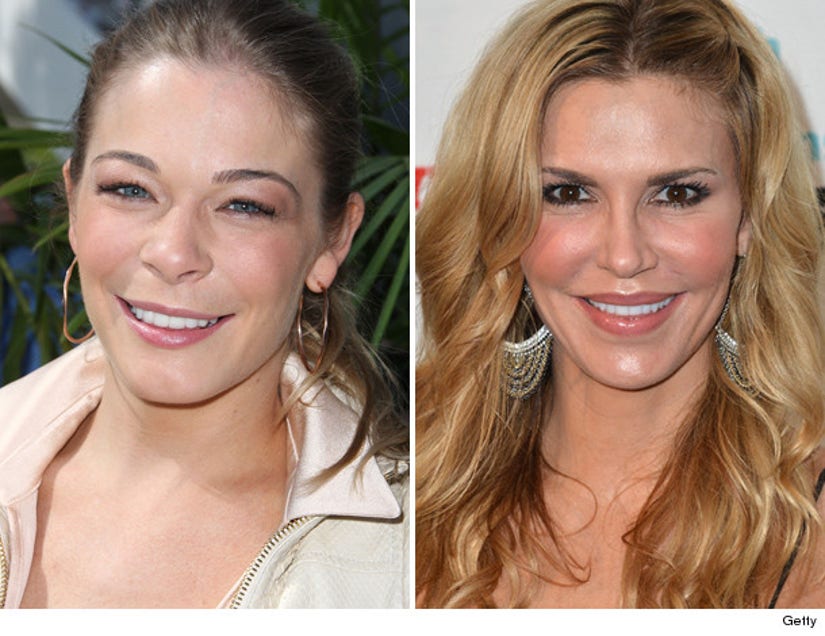 "The Real Housewives of Beverly Hills" star is still upset about her ex (Eddie Cibrian) cheating on her with the country singer, whom he ended up marrying Brandi took to Twitter to express that LeAnn shouldn't be involved in their childrens' lives.

Brandi: "I told Eddie to please tell you that I think it is highly inappropriate for you to sing in my sons class on Friday. Boundaries!!”

She added, "It's Mason's week [to] share his family with the class. It isn't ur place. Let Eddie read a script. You are not parent. RESPECT!"

Rimes tweeted, "I have asked once and would hope my fans would please respect my wishes. Please do not retweet me anyone else's drama."

Brandi: "It can be frustrating to have to air my laundry over twitter. But I have no other recourse!" 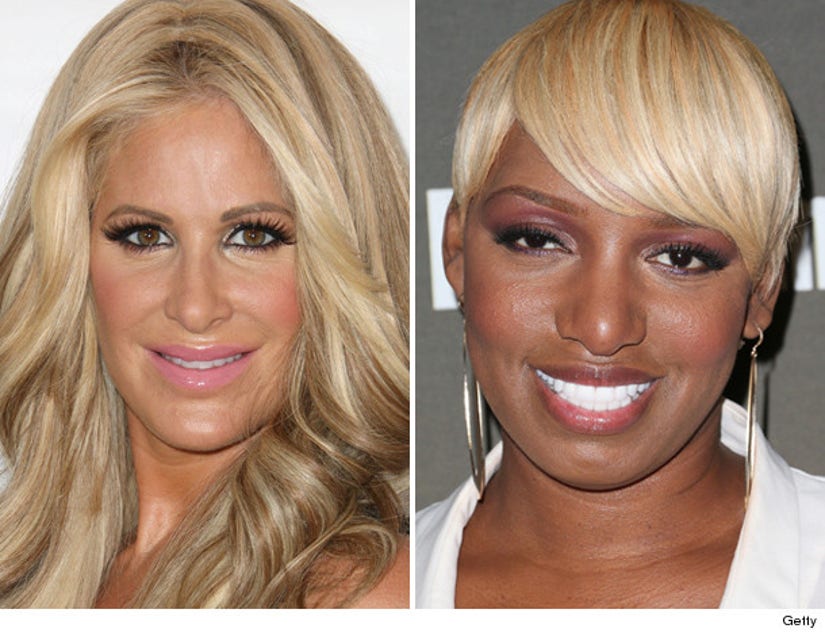 The on-and-off friendship with these Atlanta Housewives took another turn down shady
lane. After Kim left the show mid season, Leakes took to twitter to call out her fellow
housewife.

NeNe: “It's so funny how this chick wants people 2 think she quit the show! The producers no longer wanted to work with u! Good bye wit the lies.”

Kim tweeted back: "I definitely was NOT fired from RHOA. I can gurantee [sic] you that!!!" and “You are so mad u can't stand it & hold your anger in, u are suppose to have all this stuff going on but ur staying tuned into me #iloveit." 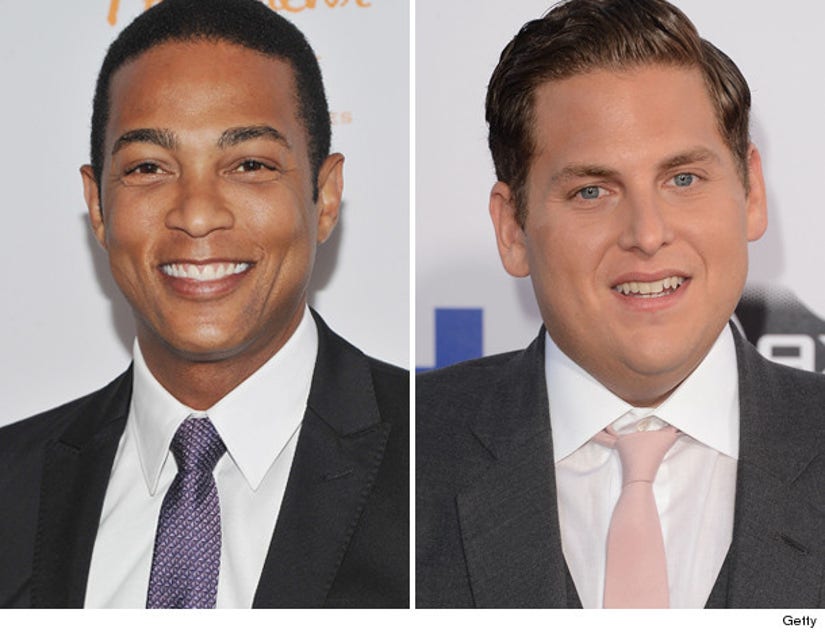 The CNN anchor felt that after meeting the actor, he treated him like "The Help." ﻿He tweeted about the encounter and even went on CNN to talk about it.

Don: "Said hi to @jonahhill in hotel. Think he thought i was bellman. Didn't know his name til bellman told me. A lesson to always be kind."

Jonah responded, "@DonLemonCNN I said hi what do you want me to do move in with you? I was in a hurry. Didn't realize you were a 12 year old girl. Peace."

The feud went back and forth only, with Don snarking, "You're not my type. But I know rude. And u were."

Which feuds do you think will carry on in 2013? Sound off in the comments below!