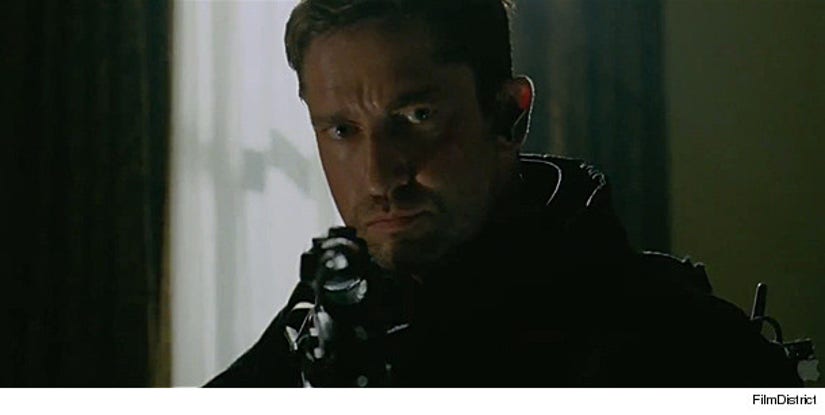 The day after Barack Obama takes his oath of office, the trailer for a movie where the President is kidnapped and the First Lady dies is released.

Titled "Olympus Has Fallen," the action film depicts a siege on Washington D.C. and a terrorist attack on the White House (codenamed Olympus after the home of the Greek gods). Check out the trailer below:

When the fictional President (Aaron Eckhart) is taken hostage by a terrorist (Rick Yune), disgraced former agent Mike Banning (a fit-looking Gerard Butler) is called back into service. Unfortunately, Banning is still haunted by the death of the First Lady (Ashley Judd), whom he could not save after a car accident.

"Olympus Has Fallen" includes other great actors -- namely Morgan Freeman and Angela Bassett -- but the timing of the trailer and some of the imagery gives us pause.

Shots of planes crashing into the National Mall and a helicopter hitting the White House hearken back to 9/11. And this isn't the only movie with this plot. "White House Down," starring Channing Tatum, is also slated for release.