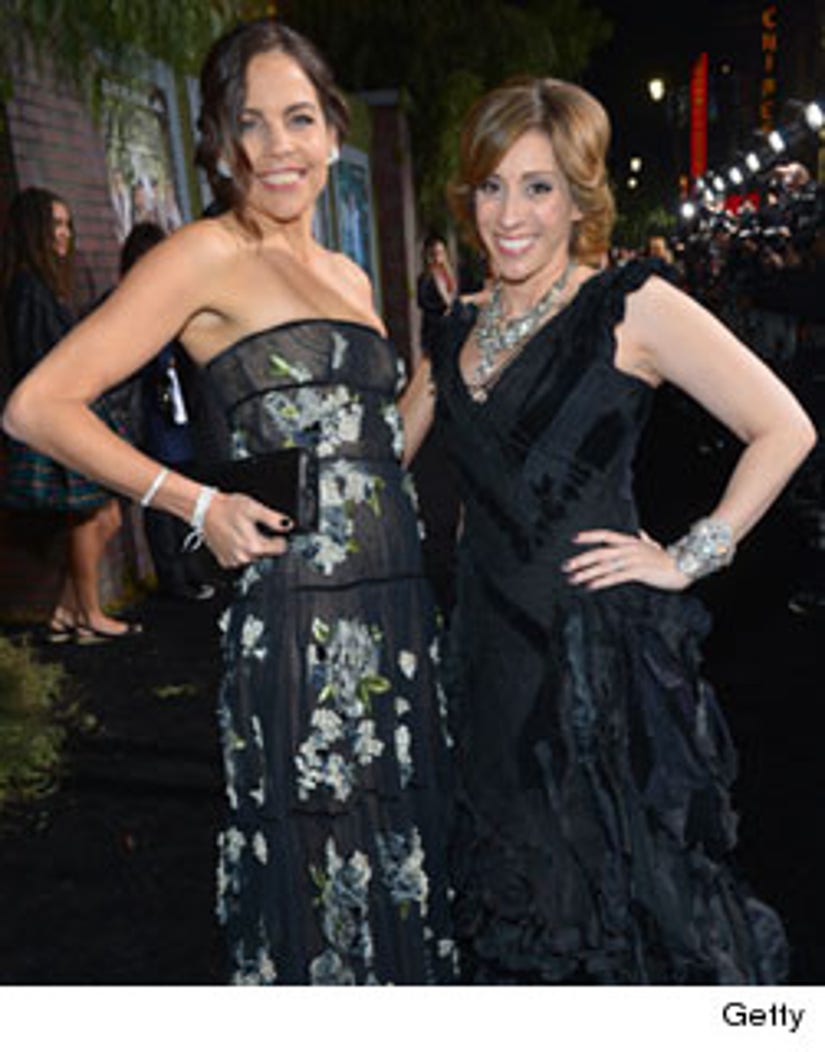 Proclaimed as the next "Twilight," "Beautiful Creatures" has cast its spell on audiences since opening on Valentine's Day.

Set in the romantic South, the film is an adaptation of the first book of the "Caster Chronicles" -- a modern "Romeo and Juliet" tale of star-crossed lovers who uncover dark secrets about their families.

Authors and real-life besties Kami Garcia and Margaret Stohl dished to toofab about the movie and the actors who brought their characters to life.

On "Beautiful Creatures" being labeled the next "Twilight:"

Margaret Stohl: I think it's inevitable. I have a new series coming out in May that people are already comparing to "Hunger Games." You can't win. You're either writing "Twilight" or "The Hunger Games." We appreciate that the “Twilight” label will bring some people in but we understand that it will also put some people off. We just like to think of "Beautiful Creatures" as the first "Beautiful Creature" instead of the next "Twilight."

On their lack of involvement with the movie production:

Kami Garcia: We love [writer and director] Richard LaGravenese! We totally trust him. He understood our world and gave us what seemed like a "Jeopardy" quiz on our universe in a tiny notebook. We told him that we have two more books to write and that "Beautiful Creatures" is 600 pages long and we obviously don't know how to write a screenplay. We believe in his skills of adaptation. He wrote "Water for Elephants" and I'm not the most romantic person but I sobbed when I watched it so I knew he could do this.

Stohl: Emmy Rossum is Richard's version of Ridley in the book but, in the movie, she was an unstoppable force!

Garcia: All the actors have the image of their characters but the only difference is that Emmy is a blond. But, when you see her in the film and in her outfit, she is such a hottie. It's like, of course she's Ridley. I now envision Ridley like her and I think of her as Ridley when we run into her.

On her obsession with the actors (specifically, Jeremy Irons):

Garcia: Everyone probably knows how obsessed I am with Jeremy Irons. I envisioned him [as Macon Ravenwood] even before there were talks of a movie only because I had a huge crush on him. He, by now, probably knows and thinks that I'm a huge stalker.

On their next projects...

Stohl: "Icons," the first book in the Icon series, is a young adult romance and comes out May 7. It's futuristic, set in Los Angeles, in a world where feelings can kill. Alcon (the same production company for "Beautiful Creatures") is developing it and I'll be announcing some stuff about that this week.

Garcia: I've read it and it's fantastic. She's really bad at promoting it. She's not a braggy kind of girl. My
book, "Unbreakable" (the first in The Legion series), comes out October. It's about a girl whose mother dies and she finds out that her faily hails from a secret society that protects the world from demons. It's kind of like "Supernatural" meets "The Da Vinci Code." It's out to studios so I'm not going to speak any more about it.

For more on the film, check out the official site and “Beautiful Creatures” Facebook page.

Plus, check out this bonus clip of stars Zoey Deutsch and Thomas Mann talking about the "Twilight" comparisons and the price of fame.