Jennifer Lawrence may have tripped collecting her Oscar last night ... but she still had a pretty incredible evening.

How many other stars can brag about winning a trophy and Jack Nicholson's attention?

While giving a post-show interview, Jack interrupted J-Law's chat with George Stephanopoulos to hit on the "Silver Linings Playbook" star.

And it was awesome.

After telling her she did a "beautiful job" in the movie, he told her she reminded him of one of his old girlfriends.

Jennifer's response was classic and is just another hilarious moment in her A+ awards show tour.

And speaking of Lawrence's outrageous and outspoken awards behavior, check out this moment from the backstage press room after she won her Oscar.

Watch the video below to see what expletive she almost blurted out after tripping on the stairs to the podium ... and see her admit to having a shot before talking to the press.

Plus, check out Jennifer and more at the Vanity Fair after-party below: 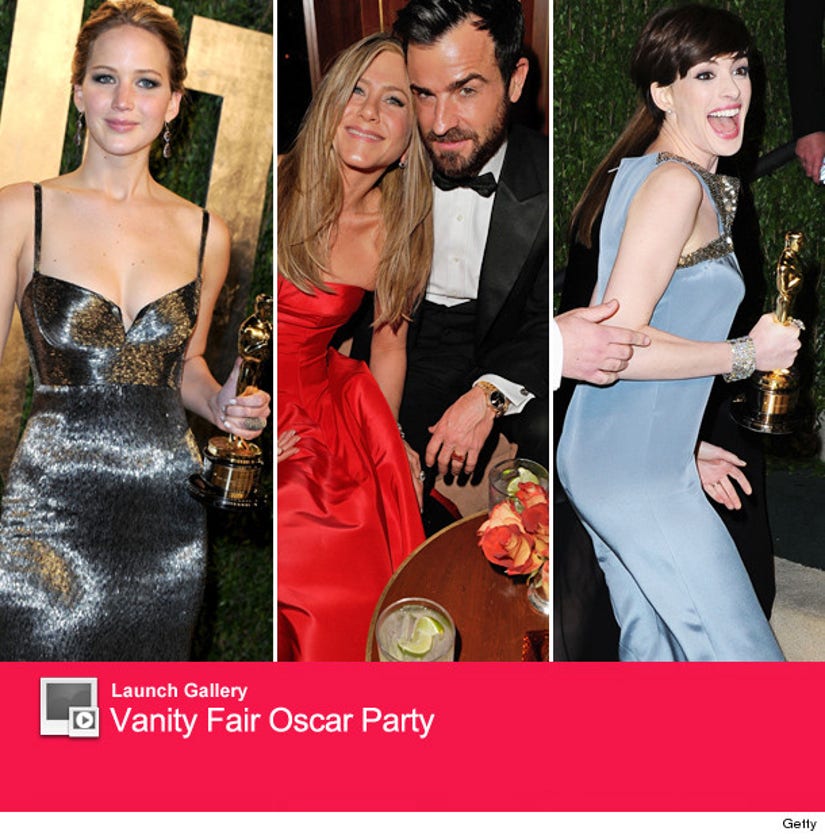