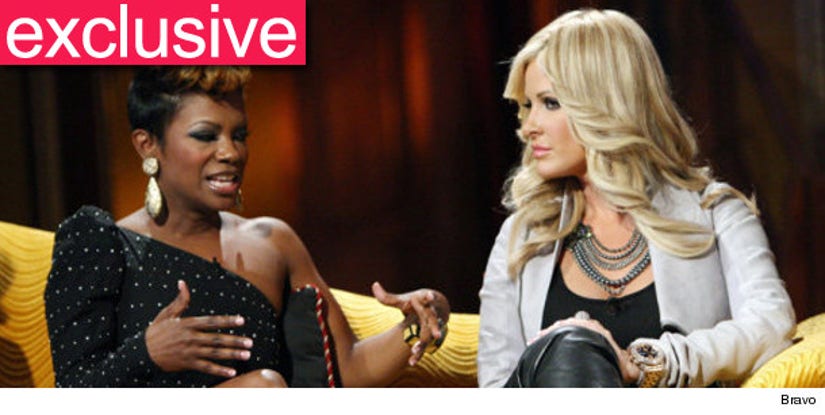 Hold on to your weaves!

"Real Housewives of Atlanta" star Kandi Burruss is suing her former friend and castmate Kim Zolciak-Biermann over the song they collaborated on, "Tardy For The Party."

Kandi claims Kim infringed upon her copyright by unlawfully licensing, distributing and selling the song, which she wrote and Kim "sang" on.

In an exclusive statement to toofab, Kim says, "This is nothing short of a publicity stunt, I find this lawsuit funny yet sad. Coming after me now and this song is 4 years old? I have in fact overpaid Kandi and have documents to prove it and my legal team will handle this accordingly."

Kim's lawyer, Darrell Miller, echos her statement. "I cannot imagine it's anything more than a publicity stunt as it doesn't appear to be enough money at issue to make a case," he said.

All publicity is good publicity though. Kim's "RHOA" spin-off, ironically titled "Don't Be Tardy," premieres on April 16th. Another "Housewives" tie-in? Kandi's being represented by none other than Phaedra Parks, another Atlanta housewife.

Whose side are you on?