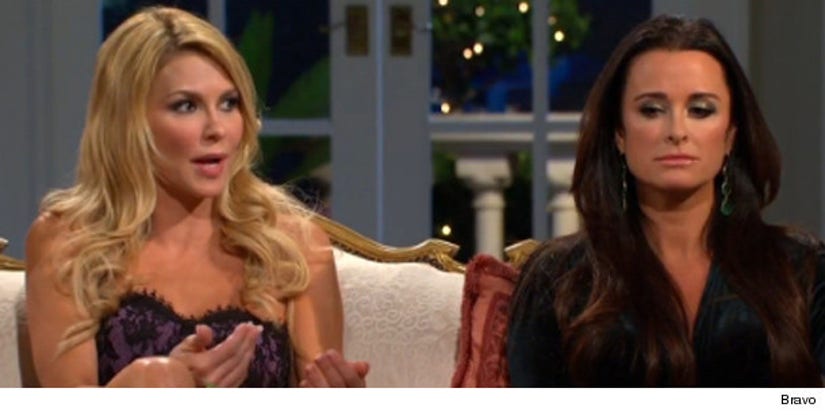 When the explosive "Real Housewives of Beverly Hills" reunion will air in two weeks, one housewife will be absent ... and she won't be back.

As previously reported, original cast member Adrienne Maloof skipped the reunion taping, and issued a statement that she will not be returning to the show.

Watch as the cast reacts to learning Adrienne quit:

toofab has learned exclusively that Paul Nassif, Adrienne's ex-husband, DID tape a segment at the "RHOBH" reunion. Per their settlement agreement, Paul did not talk negatively about his ex-wife, limiting his topics to his experience filming and his children.

While Paul played nice, the ladies did not. Watch as Kim Richards goes after Brandi Glanville (perhaps in retaliation for this memorable moment), Yolanda Foster get assertive, and Kyle Richards goes from crying to catty:

The first part of the "Real Housewives of Beverly Hills" airs next week on Bravo. Vote in our polls below: