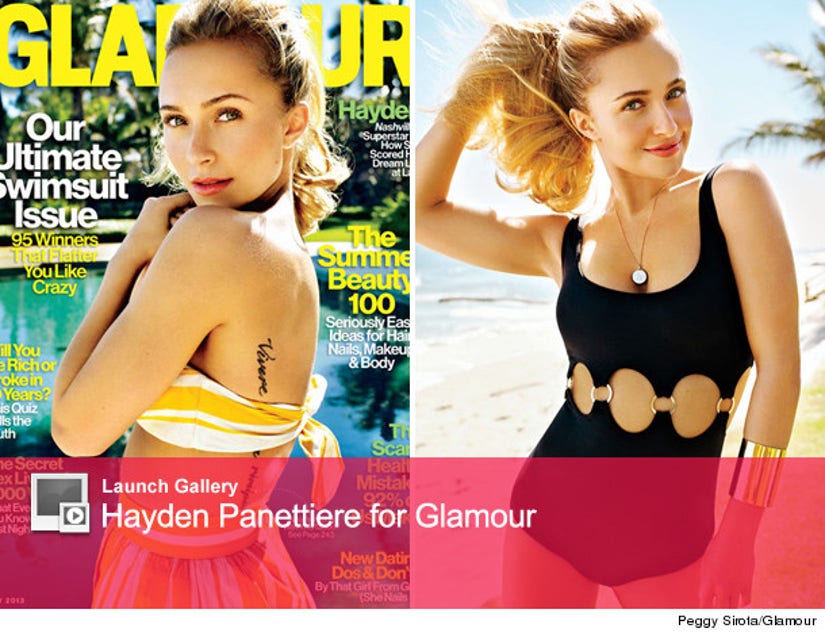 Hayden Panettiere isn't confirming rumors she's engaged to boxer Wladimir Klitschko just yet -- but in a new interview, she's dropping some pretty big clues that he's the one.

While talking to Glamour magazine, the "Nashville" star opens up about meeting her larger-than-life boyfriend and her desire to have kids at a young age.

"An acquaintance of ours did a coffee-table book, and the proceeds went to genocide prevention," Hayden says of meeting Wladimir. "We met at the party for the launch of the book; we've been friends for five years -- we've never not been close."

And after briefly splitting, the two are not only back on -- but also rumored to be engaged. The 23-year-old was even seen wearing a possible engagement ring over the weekend.

"I don't really have a plan," she says of her future. "I've lived a very big life, and I don't feel my age, and I feel like I was born to be a mother."

"Motherhood is the most beautiful, exciting thing, and there's nothing that I feel like I can't accomplish while having children in my life," she adds. "I would sacrifice having more years of being wherever I want whenever I want for years with my kids."

When asked if she thinks she's with the father of her future babies now, she gamely replied "It wouldn't shock me!"

Sounds like she's in a good place right now and knows what she wants ... we just hope Wladimir's on the same page!