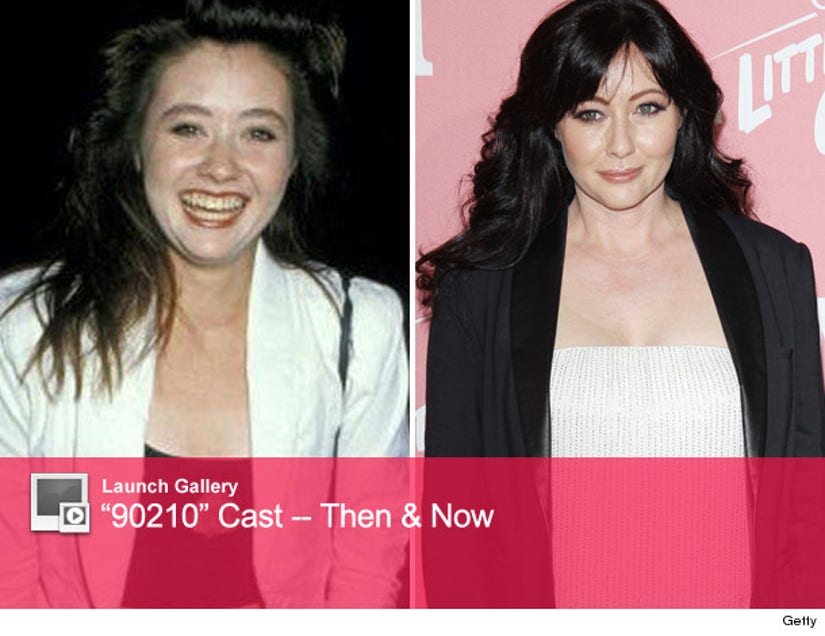 Brenda Walsh is far from her High School drama days!

Shannen Doherty turns 42 years old today -- can you believe it's been almost 20 years since she appeared on "Beverly Hills, 90210"?

Since working on the popular soap, Shannen went on to star on a slew of TV movies and shows like "Charmed," "North Shore" and Aaron Spelling soap's CW reboot, "90210" where she reprised her role as (the much older) Brenda Walsh.

Aside from her career, Doherty's also had a pretty active love life! In 1993 she tied the knot with actor Ashley Hamilton (the two divorced in 1994), in 2002 she wed and later annulled "1 Night in Paris" star Rick Salomon and in 2011 she married producer Kurt Iswarienko .. the two are still together.

No matter what role she plays, we'll always see Shannen as the little midwestern brunette in Beverly Hills!

Have her cast mates fared as well since appearing on the well-known drama? Click "Launch Gallery" above to see what Kelly, Steve, Brandon, Dylan, David, Donna and the rest of the Peach Pit gang are up to today!