The first footage from "The Hunger Games: Catching Fire" just made its debut during the MTV Movie Awards -- and it looks incredible!

Jennifer Lawrence, Josh Hutcherson, Liam Hemsworth all return for the second flick, which finds the two victors from the previous flick once again fighting for their lives in the arena after a new twist is introduced.

Joining them this time around are newcomers to the franchise Sam Claflin as Finnick and Jena Malone as Johanna Mason, two fan favorites from the books.

The trailer highlights the tensions that arise when the Districts start to rise up against the Capital -- with brutal and sometimes deadly consequences.

Check out some photos from the movie below: 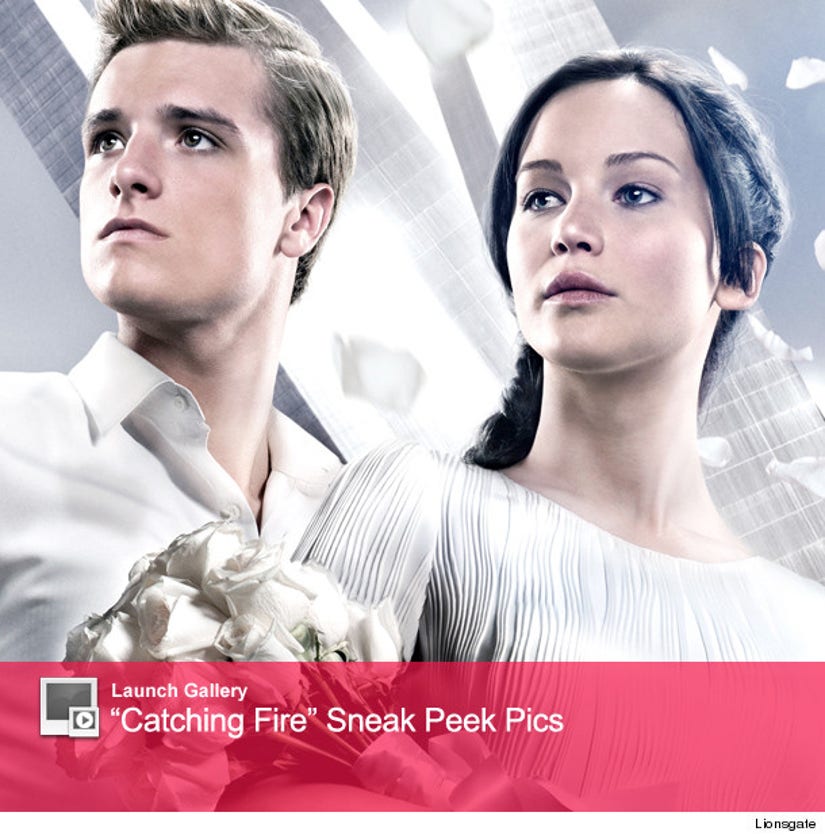