"Parks and Recreation" star Aubrey Plaza had a Kanye West moment at the 2013 MTV Movie Awards.

The actress crashed the stage during Will Ferrell's Comedic Genius Award acceptance speech -- grabbing hold of his golden popcorn.

"What's happening? Are you OK?" a seemingly surprised Ferrell asked her as she reached for the trophy.

She then quickly went back to her seat, as Will joked that it all went "just like we rehearsed it."

During the commercial break that followed, MTV says the actress was escorted out of the building and off the Sony lot by security.

But we're calling shenanigans on the whole thing.

Aubrey, who wasn't supposed to present and wasn't up for any awards, was seated in the front row of the audience ... as bigger stars like Chris Evans and Taylor Lautner were much further back.

Her seat was also immediately in front of Will's mic, making it feel like she was purposely placed there just so she could have easy access to the stage.

Plaza was also sporting the hashtag #TheToDoList written on her chest, promoting her upcoming movie of the same name.

Considering the entire awards show was one big commercial for upcoming movies, do you think this was just another one O.K.'d by MTV ... or was she really kicked out? Sound off below!

And check out more show highlights in the gallery: 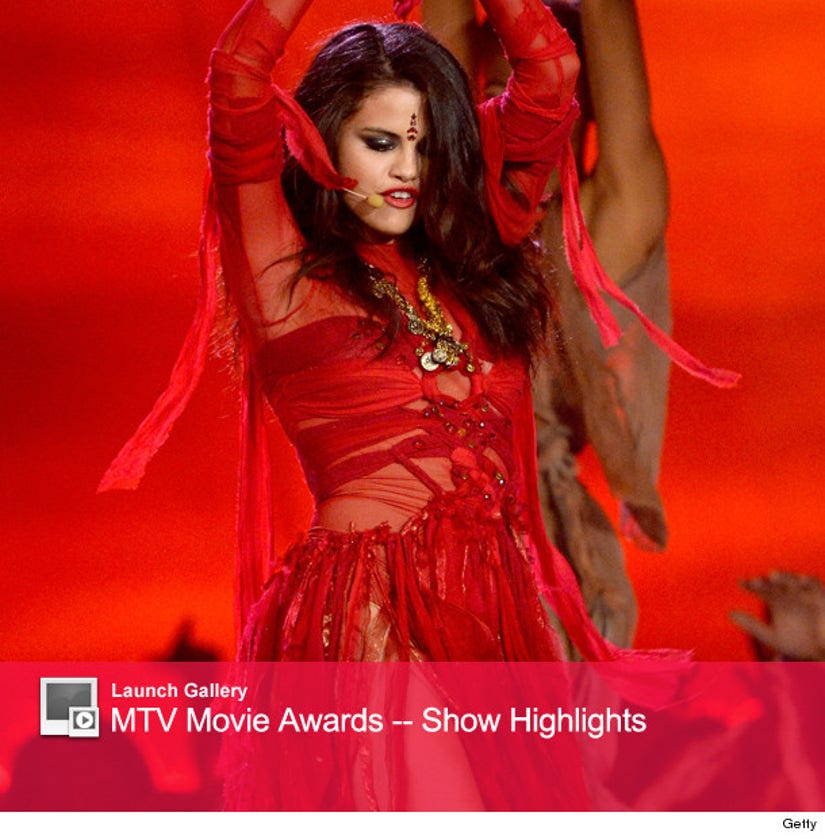