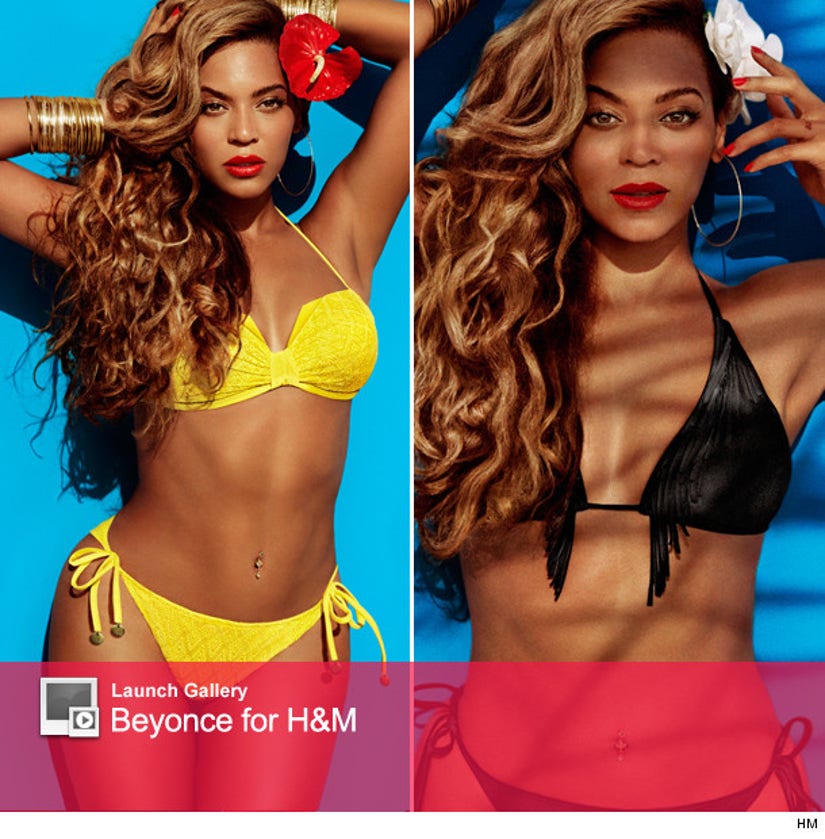 The 31-year-old mom looks hotter than ever in just-released photos from her brand new H&M campaign -- where she shows off her impressive physique in a number of bikinis for the retailer's summer collection.

With her new Mrs. Carter World Tour kicking off today in Serbia and a new album on the horizon, the singer is everywhere these days. And prepare to see even more of her, as her campaign photos will also appear on billboards!

According to an H&M press release, Beyonce had personal input into the designs, which she's seen modeling on the beaches of Nassau.

Knowles also shot a commercial for the brand, which we can't wait to see too!

Check out more pics from the campaign above.