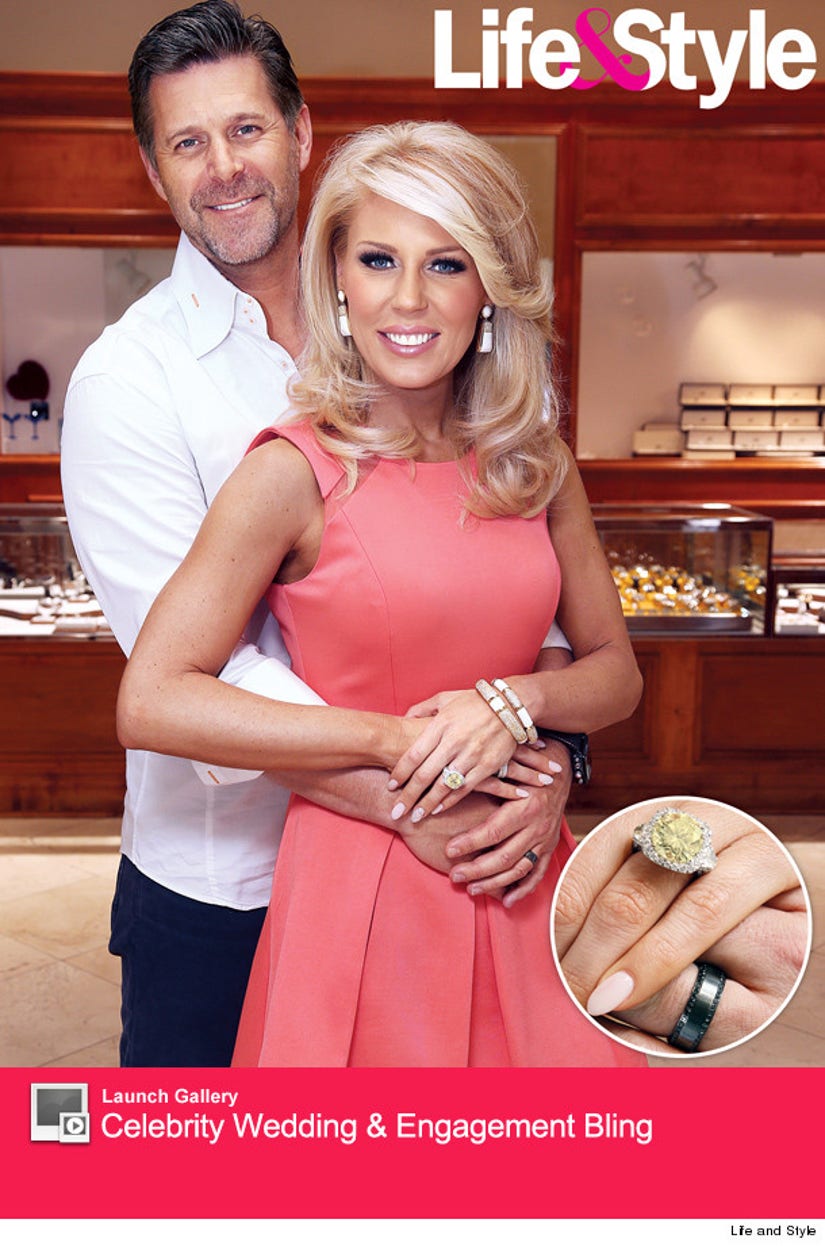 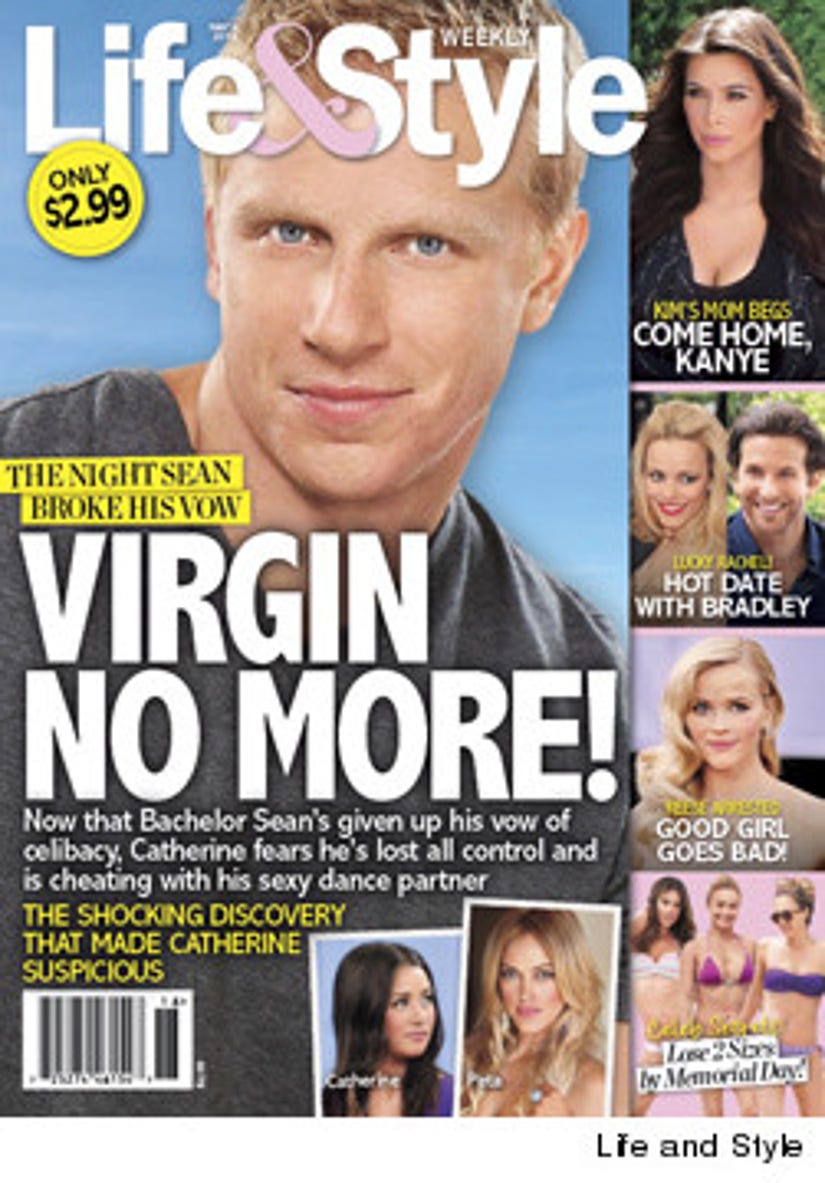 The sparkler, designed by Danny Arik for Newport Jewelers, reminds us of Kelly Clarkson's engagement ring.

It was actually Gretchen, 34, who proposed to fiance Slade Smiley, 39, popping the question with a black gold and black diamond band atop the AT&T building in Los Angeles. "I've never been so overwhelmed with just sheer joy and happiness!” Slade told the magazine of the surprise proposal.

Slade followed suit by taking Gretchen to Newport Jewelers, where he bought her the ring (on a local radio deejay's salary and huge child support payments).

Gretchen and Slade aren't the only "Real Housewives" couple that are engaged: her O.C. costar Tamra Barney and Eddie Judge, Miami's Joanna Krupa and Romain Zago, Atlanta's Kandi Burruss and Todd Tucker, and NeNe Leakes and Gregg Leakes are all set to tie the knot!

To see even more celebrity engagement rings, click on the "Launch Gallery" above!