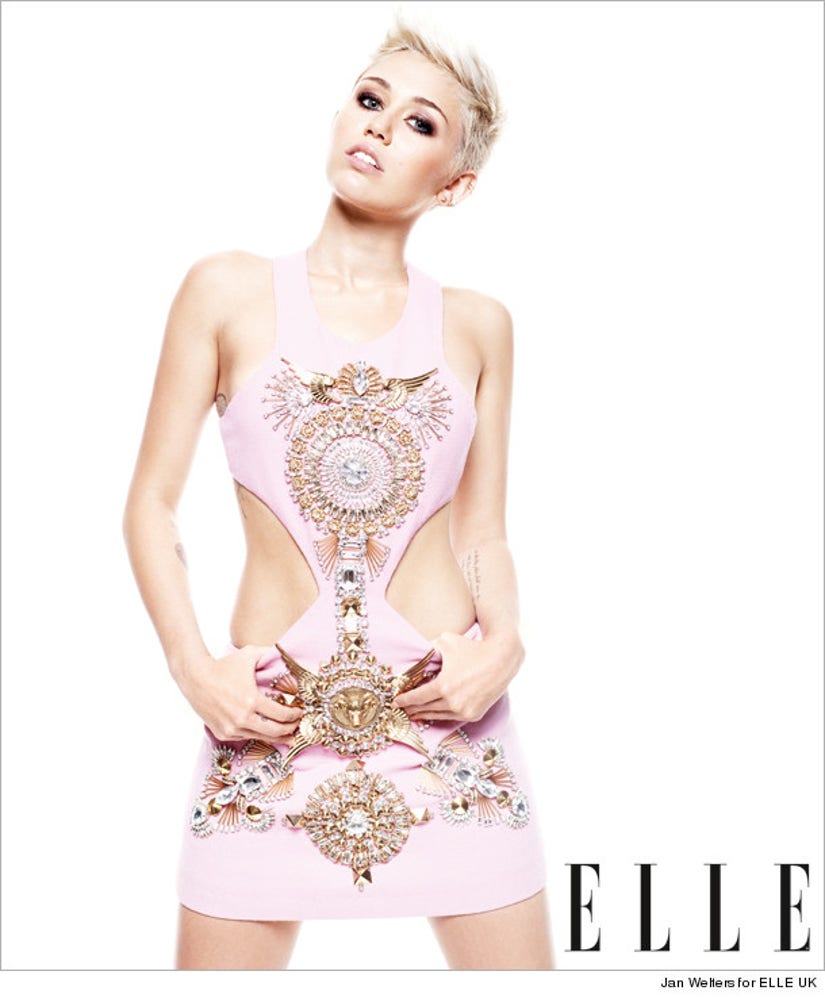 Miley Cyrus is showing some skin in the June issue of ELLE UK -- where she also opens up about her engagement to Liam Hemsworth and talks about her transition from child star to sexy adult.

"We have a house together and dogs. It just seems right to be wearing this ring and to be committed," she tells the mag. "We keep our relationship low-key and don't talk about it any more."

No word on when the interview was conducted, but it's refreshing to hear her talking about the couple's engagement amid rumors they were on a break.

While she goes braless on the cover of the magazine and shows off her stomach in the accompanying spread, Cyrus says she doesn't want to be known as just a sex symbol.

"A star is someone who doesn't have to take her clothes off to be sexy because you naturally have star power," she says. "Sex does sell, but you have to find a way that's not just showing your t**s. I don't want to be a glorified model. They just walk on stage and it's all about their clothes – or lack of clothes."

The former child star, now 20, also opened up about her "Hannah Montana" days.

"I was just a baby! I had no teeth, no boobs. I was a little girl," says Miley. "It's crazy that a decision you make when you're a kid can affect your whole life – that someone would trust a child with her own future. It was just lucky that I was able to love it and turn it around."

The full interview appears in the June issue of ELLE UK, on sale Wednesday May 1, 2013. Also available as a digital edition. 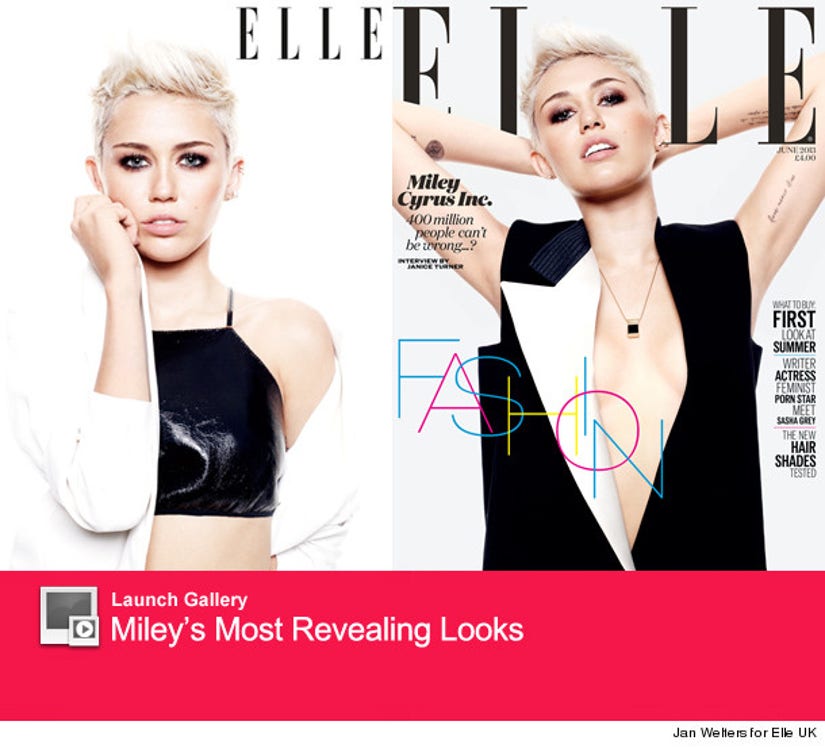