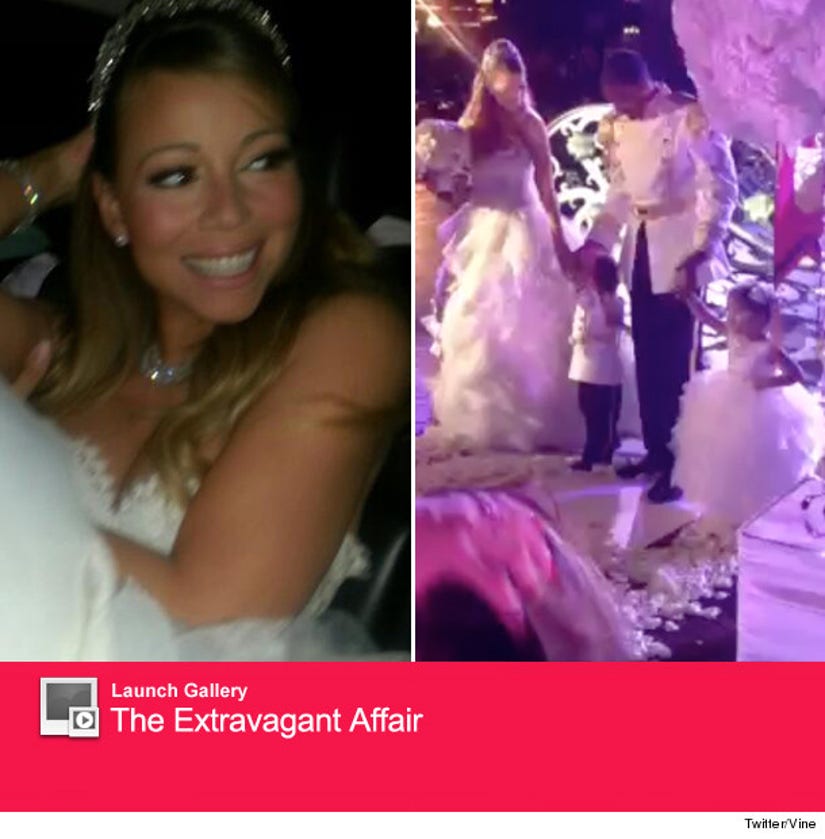 Mariah Carey and Nick Cannon just had the happiest vow renewal on Earth.

The couple celebrated their fifth wedding anniversary with one very over-the-top ceremony last night -- shutting down Disneyland for an extravagant and ridiculous event that only they could pull off.

Sporting a princess gown, the "American Idol" judge arrived with daughter Monroe down Main St. in a Cinderella-inspired, horse drawn carriage. Waiting in front of Sleeping Beauty's castle was Nick, who was dressed as Prince Charming, and their son Moroccan.

The affair, which was attended by around 250 people, also marked the twins' second birthday.

In the past the two have celebrated their anniversary by renewing their vows in Paris.

What do you think of this massive undertaking? Just a bit over the top, right?

See more photos from Mariah's tweets and Vine videos above.