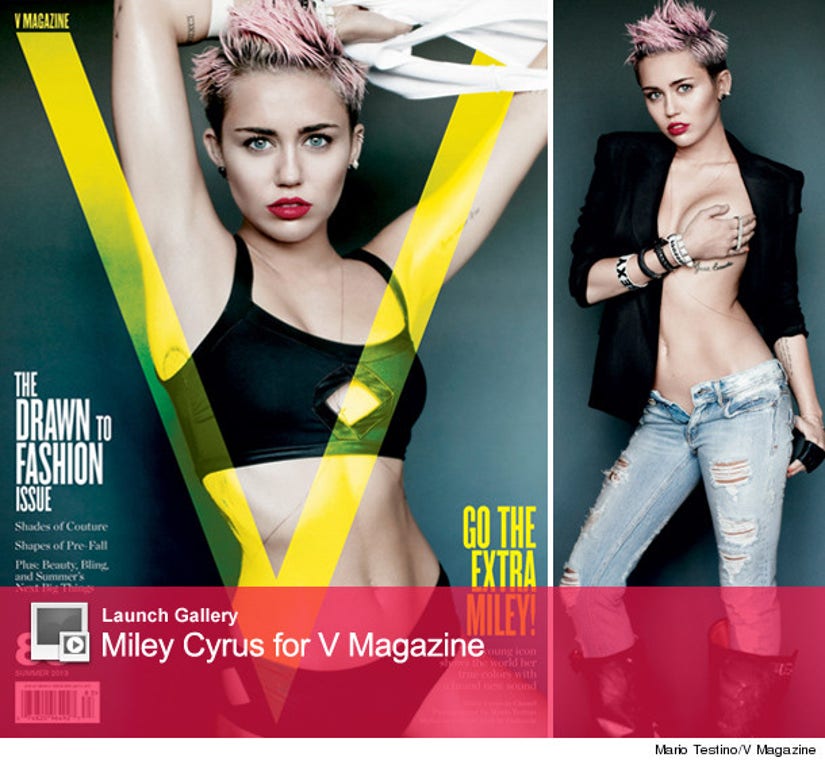 The former Disney star is showing more skin than ever before in the new issue of V Magazine, going topless in a sexy spread for Mario Testino.

The singer flaunts her crazy fit stomach, while also putting her cleavage (and even some under-butt!) on display for the risque shoot.

But the heart if the accompanying interview isn't her figure, but her music.

The 20-year-old says her new stuff will be different from what we've heard from her in the past ... but she doesn't regret making some of her biggest hits.

"I can never say that I don't love 'Party in the U.S.A.' and that I'm not appreciative of it. It would be like my dad saying that he hated 'Achy Breaky,'" she tells the mag. "

Check out more from Miley's interview -- plus see the revealing shots we couldn't post here over at V Magazine's website.