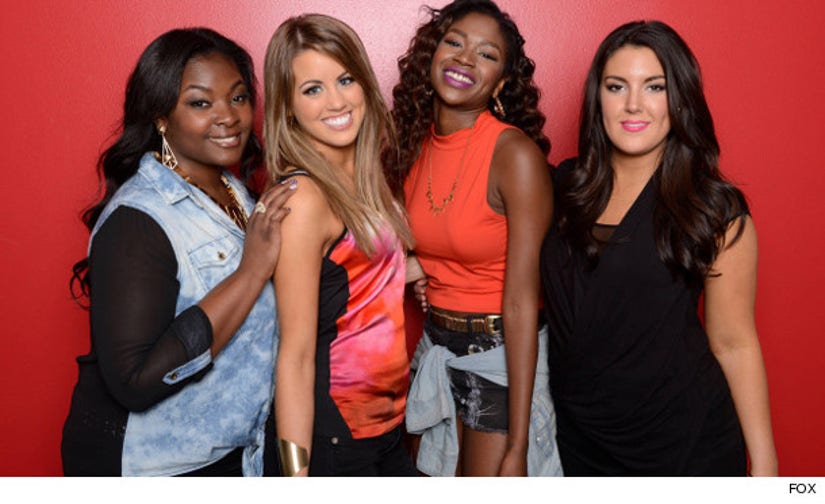 The top 4 "American Idol" finalists had a reprieve last week, but their number decreased by one on Thursday night.

Amber Holcomb, the leggy 19-year-old from Texas -- whose big voice was compared to Whitney Houston's throughout the season -- received the fewest votes from the last two weeks and was sent home. Relive her finest performance of the season below:

The final three are as distinct as they can be: R&B singer Candice Glover, pop rocker Angie Miller and country singer Kree Harrison. Only one will be named the winner on the May 16th finale, and will become the show's first female winner since Jordin Sparks.

Speaking of sparks, there was no tension between judges Nicki Minaj and Mariah Carey on Thursdays' show.

On Wednesday, tensions flared after Mariah cattily pointed out that Nicki did not have a No. 1 hit, and Nicki responded by taking cotton swabs out of her purse and telling Mariah to clean her ears out. On Thursday, Nicki took to Twitter to further blast her co-judge.

Who do you want to win "American Idol"? Tell toofab in the comments below!