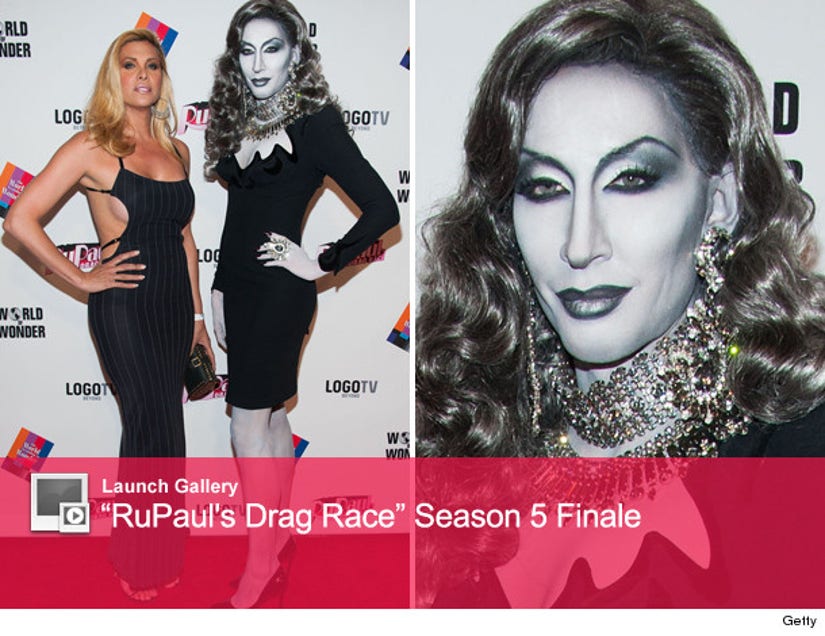 Everyone knows that drag queens are wizards when it comes to makeup, but Detox (Matthew Sanderson) just took it to another level.

The monochromatic makeup she sported at the finale of "RuPaul's Drag Race" was amazing ... or in drag lingo .. sickening!

That's right...the photo you see above is color, but Detox arrived in just black and white -- from her eyes to her fingernails.

There were also some non-drag attendees, including a somewhat draggish Aubrey O'Day and Chaz Bono.

Click on the "Launch Gallery" above to see all the fierce photos and tune into "RuPaul's Drag Race" on Monday to find out the winner!